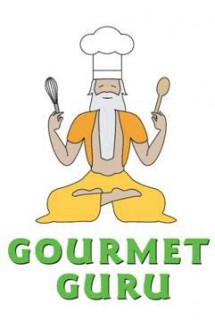 Launched as a sole proprietor, one truck operation in 1996, Gourmet Guru distributed mostly local items and imported cheese exclusively to independent accounts in the New York City market at that time. The organization has steadily grown to be an award winning vertically integrated sales, marketing and logistics company now covering territory from DC to Maine. Culturally they’ve been called “the Google of Food!”. Since their inception, Guru has focused on bringing only the most innovative and high-quality natural and organic products to market with a proud track record of having launched several emerging (and now major) categories such as: USDA Organic, Greek Yogurt, Natural/Organic Deli & Meats and Functional Beverages for companies that have become the leading CPG brands in those categories.

As Guru embarks on the upcoming year they will be launching a number of events that demonstrate their holistic approach to business and the world around us. The themes will highlight Guru’s passion for innovation and mutualism as well as their appreciation for their customers and Producer Partners of 20 years and new alike:

The continued success of Gourmet Guru in concert with their business partners over the last 20 years is a testament to the growth of the company and their catalytic part in helping to advance the natural and organic industry as a whole. Jeff Lichtenstein, Chief Executive Guru and Founder adds, “we are proud of our role in raising consumer awareness that we truly ‘are what we eat’, which ultimately is generating record traffic to our retail partner’s organic isles. Along the way we’ve enjoyed what we call ‘the Frank Sinatra rule,’ helping turn many CPG brands into national household names by first making it in New York and the Northeast. For sure though, our proudest accomplishment is our super talented, dedicated and affable team of co-Guru’s that work cohesively as one with all our stakeholders. We so look forward to 2016 and many decades ahead of furthering our mission of helping make the world a better place to eat, naturally!”