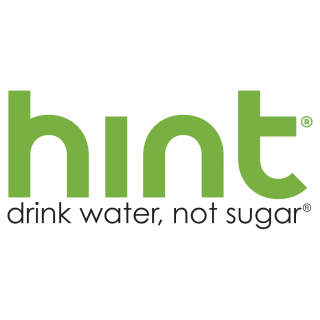 SAN FRANCISCO—September 21, 2016—hint Inc., which produces hint®, the leading flavored water with no sweeteners and nothing artificial, today announced its founder and CEO, Kara Goldin, was one of 30 private sector, nonprofit, and academic leaders appointed to the U.S. National Advisory Council on Innovation and Entrepreneurship (NACIE).

Goldin will work with Secretary of Commerce Penny Pritzker and the Economic Development Administration to influence federal policies that support business leaders in developing a globally competitive workforce.

The entrepreneur, who launched her company in 2005, was selected from more than 200 applicants based on her ability to carry out NACIE‘s objectives. These include advising the secretary on issues related to accelerating innovation and recommending policies to help the American workforce become more globally competitive.

“I am honored to be part of NACIE, and as a founder and CEO I know the challenges that businesses face getting off the ground, becoming successful and remaining relevant,” said Goldin. “With this opportunity I look forward to helping business leaders thrive and remain competitive in our global economy.”

Goldin’s past honors include being named among Fortune’s Most Powerful Women Entrepreneurs and Forbes’ 40 Women to Watch Over 40. The Huffington Post listed her as one of six disruptors, alongside Steve Jobs and Mark Zuckerberg.

“The members of NACIE provide important counsel to the Department of Commerce on the types of federal policies that will support entrepreneurship, innovation, and job-driven workforce training, all of which are critical to American competitiveness,” said Pritzker in a press release. “As ‘America’s Innovation Agency,’ we value the expertise of our private sector partners and appreciate the opportunity to incorporate their views into our policymaking process.”

About Kara Goldin and hint Inc.

Kara Goldin is the founder and CEO of San Francisco-based hint Inc., which produces the leading flavored water with no sweeteners and nothing artificial.

Since its launch in April 2005, hint® has helped consumers live healthy lifestyles and has received numerous accolades, including Best Flavored Water (Health, Men’s Health, and SELF).

Flavored only with natural fruit, hint delivers refreshment without unnecessary additives. hint’s brands include hintfizz, a carbonated drink that received Better Homes and Gardens’ Best New Product award and the Silver Stevie award for Best New Product of the Year in 2012. hintkick is the brand’s first all-natural, unsweetened caffeinated beverage.

Previously, Kara was vice president of shopping and e-commerce partnerships at AOL, where she grew its startup shopping business to a $1 billion enterprise.