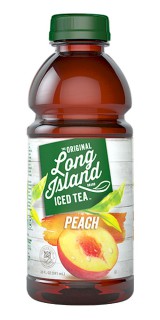 Philip Thomas, Chief Executive Officer of the Company, stated, “We are excited to build this new relationship with Ingles, as they are one of the premier supermarket chains in the Southeast. We believe our beverages are a great fit with Ingles, who is known for providing quality brands at an affordable price. We are thrilled to be expanding into the Southeast and with such a strong partner as Ingles, reinforcing the validity of our strategy to progress from distributors to regional chains to national chains.”

This is the Company’s largest partnership to date in the Southeast, resulting in Long Island Iced Tea® now being available in all 201 Ingles locations in both 20oz and gallon bottles, with flavors including Lemon, Peach, Raspberry, Mango, Guava, Southern Sweet Tea, Green Tea & Honey, Half Tea & Half Lemonade, Diet Lemon and Diet Peach Long Island Iced Tea.

Ingles strives to provide one-stop shopping convenience to its valued customers. Its supermarkets offer customers a wide variety of nationally advertised food products, including grocery, meat, produce, deli and bakery departments. In addition, the company offers pharmacies and fuel at the majority of its 200 plus locations. The same customer focus and commitment to quality and convenience on which Robert Ingle founded the business in 1963, continues today throughout the organization.

Headquartered in Long Island, New York, Long Island Iced Tea Corp. operates in the ready-to-drink tea segment of the beverage industry. The Company has developed non-alcoholic, premium iced tea bottled beverages made with quality ingredients that are offered at an affordable price. The Company is currently organized around its flagship brand Long Island Iced Tea®, a premium, ready-to-drink iced tea sold primarily on the East Coast of the United States through a network of distributors in 12 states and in over 3,000 stores. Long Island Iced Tea® is available in both 20oz and gallon bottles, with flavors including Lemon, Peach, Raspberry, Mango, Guava, Southern Sweet Tea, Green Tea & Honey, Half Tea & Half Lemonade, Diet Lemon and Diet Peach. The Company’s website is www.longislandicedtea.com.

This press release includes statements of the Company’s expectations, intentions, plans and beliefs that constitute “forward looking statements” within the meaning of Section 27A of the Securities Act of 1933 and Section 21E of the Securities Exchange Act of 1934 and are intended to come within the safe harbor protection provided by those sections. These statements, which involve risks and uncertainties, relate to the discussion of the Company’s business strategies and its expectations concerning future operations, margins, sales, new products and brands, potential joint ventures, potential acquisitions, expenses, profitability, liquidity and capital resources and to analyses and other information that are based on forecasts of future results and estimates of amounts not yet determinable. These statements include any statement that does not directly relate to a historical or current fact. You can also identify these and other forward-looking statements by the use of such words as “may,” “will,” “should,” “expects,” “intends,” “plans,” “anticipates,” “believes,” “thinks,” “estimates,” “seeks,” “predicts,” “could,” “projects,” “potential” and other similar terms and phrases, including references to assumptions. These forward looking statements are made based on expectations and beliefs concerning future events affecting the Company and are subject to uncertainties, risks and factors relating to its operations and business environments, all of which are difficult to predict and many of which are beyond its control, that could cause its actual results to differ materially from those matters expressed or implied by these forward looking statements. These risks include its history of losses and expectation of further losses, its ability to expand its operations in both new and existing markets, its ability to develop or acquire new brands, its relationships with distributors, the success of its marketing activities, the effect of competition in its industry and economic and political conditions generally, including the current economic environment and markets. More information about these and other factors are described in the reports the Company files with the Securities and Exchange Commission, including but not limited to the discussions contained under the caption “Risk Factors.” When considering these forward looking statements, you should keep in mind the cautionary statements in this press release and the reports the Company files with the Securities and Exchange Commission. New risks and uncertainties arise from time to time, and the Company cannot predict those events or how they may affect it. The Company assumes no obligation to update any forward looking statements after the date of this press release as a result of new information, future events or developments, except as required by the federal securities laws.