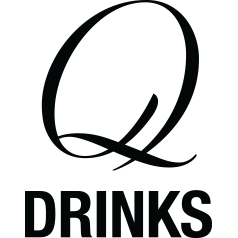 BROOKLYN, NY April 18, 2016 – Q Drinks, maker of spectacular carbonated mixers, today announced that Ted Roman has joined the company as Executive Vice President. He will drive Q Drinks sales through liquor distributors to bars, restaurants, and liquor stores. For the past eight years, Ted led US sales for William Grant & Sons. Prior to that, he led US sales at Pernod Ricard.

“Ted is one of the most respected liquor industry executives in the United States.” said Jordan Silbert, Founder and CEO of Q Drinks. “We are thrilled to have him join Q Drinks. Ted transformed William Grant into the most dynamic spirits company in America by establishing competitively advantaged relationships with distributors and customers, and building the most respected sales team in the industry. Hiring Ted is a game changer for Q Drinks. Our mixers will become as widely enjoyed as the leading premium spirits.”

Under Ted’s leadership, William Grant firmly established itself as a leading premium spirits company in the United States. During his tenure, the William Grant & Sons portfolio experienced dramatic sales growth in all channels of trade, and the Company is now recognized as the leading spirits supplier in the On-Premise channel being awarded the prestigious VIBE Spirits Supplier Of The Year Award three years in a row (2013, 2014, 2015). Prior to William Grant, Ted was the Senior Vice President of Sales at Pernod Ricard where he led the successful integration of the Allied Domecq portfolio and doubled the company’s U.S. business to $1.4 billion.