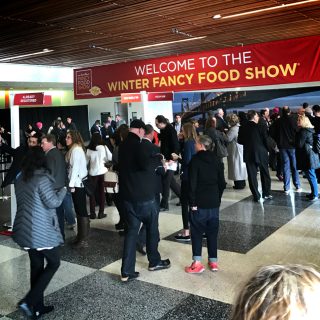 Among the most notable trends this year, the show featured several new probiotic drinks as more companies embrace growing consumer interest in digestive health. Meanwhile, the fast-growing cold brew coffee segment continues to expand, with a number of brands featuring new technology and experimental formulations at the event. On the marketing front, established brands are saddling up with new ad campaigns to make the move on millennial consumers.

As cold brewing continues its ascent in the coffee and tea categories, brands are often forced to reckon with the long hours it takes to brew a batch of product. But one company thinks it’s found a fix. 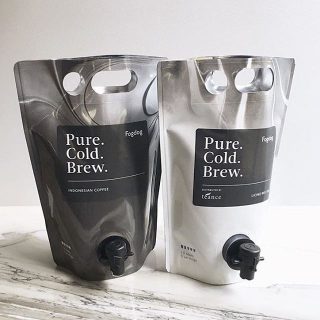 Fogdog, a California-based company founded by tech entrepreneur Alex Siow, has developed a patent-pending hydrodynamic technology capable of making a batch of cold brew coffee or tea in approximately 15-20 minutes. Developed in partnership with Winnie Yu, the owner of Berkeley-based specialty tea cafe Teance, the coffee appears cloudier than regular black cold brews because the process extracts more natural oils from the coffee bean and also provides for a thicker flavor. The brand’s RTD line is set to launch in February with a sumatra dark roast coffee and scarlet red and golden oolong teas in 12 oz. bottles for $3.99. Fogdog also markets a line of multi-serve pouches primarily designed for offices and foodservice.

The company, which exhibited as part of the Fancy Food Show’s “New Brands on the Shelf Pavilion,” is currently in a seed round and largely funded through friends and family, Siow said. Fogdog may also begin manufacturing its machines for sale to restaurants in the future.

Down the road from Fogdog is Jittery John’s, which premiered two new cold brew products at this year’s show: a Colombian black coffee and a Brazil Nut Milk Mocha, a spinoff of the brand’s Brazil Nut Milk coffee, which launched last year. The brand will be rolling its black coffees out to about 150 Target stores next month, bringing Jittery John’s total store count to roughly 450.

Matcha for Millennials; Could Cold Tea Become a Hot Segment?

Ito En North America is looking to teach more consumers about matcha and is preparing to kick off a new marketing initiative for its Matcha Love brand next month. During the Fancy Food Show, the company revealed its forthcoming “Stay Grounded” campaign, designed to reach millennial female consumers through targeted marketing on social and digital media channels. The goal is to create an emotional connection with consumers by communicating the health benefits of matcha, according to Ito En VP of Marketing Harris Goldman.

The company worked with Engine, a branding firm in New York, to create the campaign, which promotes matcha as a natural source of energy that will help busy consumers stay balanced and grounded. Creative content includes short videos and ads that will appear on YouTube and Instagram as sponsored posts. The company is also aligning with influential food bloggers to help promote the campaign. In preparation for the launch, Ito En has shored up its social media presence, harmonizing account handles for its Matcha Love line. Meanwhile the company is working with key retailers, including Kroger, to extend the campaign to trade promotion, with the aim of driving trial through point-of-purchase displays. 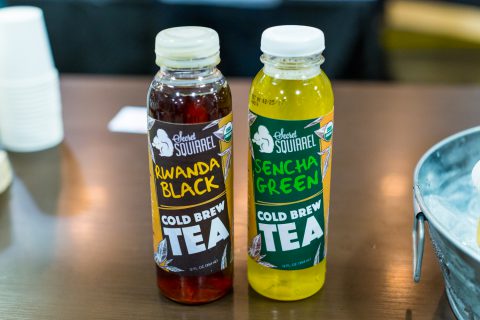 Buddha Teas is also aiming to educate about matcha’s natural energy benefits, showing off an innovative design at the convention. The company’s Matcha Now line is marketed as a healthy alternative to energy drinks and has a unique take on the RTD format. The brand’s 12 oz. bottle comes with matcha powder included in the cap; when twisted, the cap releases the ground green tea into water. Matcha Now comes in two SKUs — Lightly Sweet and 100% Pure — and launched nationally in Sprouts last year. It retails at $3.49 per bottle.

Like Fogdog, Secret Squirrel is also targeting the cold brew tea coffee with the launch of two new products. The company, which markets a line of high pressure processed (HPP) cold brew coffee, debuted its Rwanda Black Tea and Sencha Green Tea at the Fancy Food Show. Packaged in 12 oz. bottles, the new teas come a few months after Secret Squirrel’s acquisition by Pure Steeps, a subsidiary of tea conglomerate Harris Freeman. Pure Steeps recently acquired the brand Kombucha Wonder Drink and will soon add a new product line under the brand, according to vice president of R&D and operations Sai Chaluvadi.

The Winter Fancy Food Show also offered up a raft of exhibitors playing across categories and launching new functional drinks. 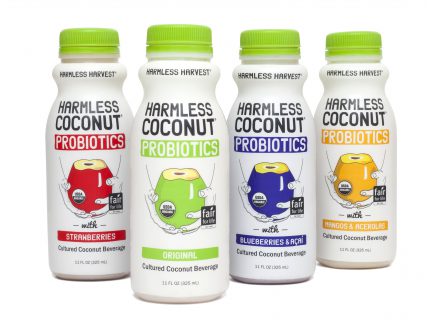 Harmless Harvest premiered its new line of Harmless Coconut Probiotics beverages, which come in original, strawberry, blueberry/acai, and mango/acerola varieties. According to Harmless Harvest CEO Giannella Alvarez, the new beverages make use of parts of the coconut that were not being used in the brand’s coconut water line, blending coconut meat with active probiotic cultures.

Dahlicious Lassi, a maker of Indian-style probiotic yogurt drinks, launched a new line of organic almond milk kefir. The dairy-free beverages are packaged in 24 oz. bottles and contain 6g of protein and 15 billion probiotics, per one cup serving. The line comes in mango, vanilla, and strawberry varieties.

More New Products At The Show 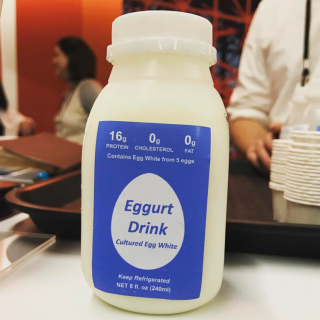 Eggurt is a “cultured egg white” beverage that promotes 16g of protein per 8 oz. bottle. Based on a Japanese recipe, Eggurt is made with egg whites that undergo lactic acid fermentation. Each bottle contains the egg white from five eggs and is sweetened with 9g of sugar. The drinks contain no cholesterol or fat and are shelf-stable for up to three weeks. 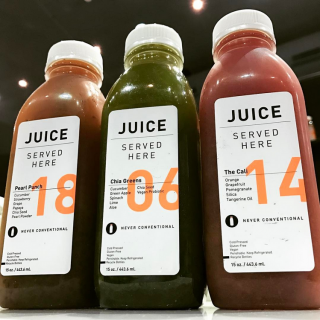 Two macadamia milk companies continue to make headway in the dairy alternative category. Australia-based Milkadamia introduced its Latte Da barista formula at the show. The company, which launched 18 months ago, sources nuts from its own plantations. Meanwhile, in the U.S., Royal Hawaiian is working on a packaging change to highlight the differences between its sweetened and unsweetened products.

Suja has added two new varieties to its line of drinking vinegars. The cold-pressed juice company introduced Grapefruit Jalapeno and Lemongrass Lime, each of which are made with a coconut vinegar base. The former is sold exclusively at Target and is part of the retailer’s “Made to Matter” program, while the latter is only available at Whole Foods stores.