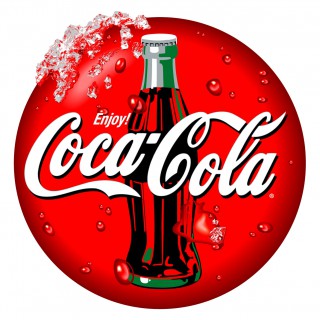 BIRMINGHAM, AL (October 2, 2017) (PRNewswire) — Coca-Cola Bottling Company UNITED, Inc. (“UNITED”), headquartered in Birmingham, announced today that it closed transactions with Coca-Cola Bottling Co. Consolidated and The Coca-Cola Company (“The Company”) for the acquisition of 10 new sales and distribution territories, as well as a production facility, in locations throughout the southeastern United States.

The newly-acquired territories include: Florence, Leroy, Mobile and Robertsdale in Alabama; Bainbridge, Columbus and Sylvester in Georgia; Laurel and Ocean Springs in Mississippi; and Panama City in Florida. The production facility is in Mobile, Alabama.

More than 920 associates have joined Coca-Cola UNITED as part of these acquisitions. In addition, 100 new employees have been added to support UNITED’s commitment to providing dedicated and unparalleled customer service and strong community engagement. UNITED also plans to invest more than $9 million in infrastructure, facility improvements and fleet throughout these new territories.

“These new territories make for a more contiguous franchise footprint for our company and will enable us to more effectively serve our customers and consumers throughout the seven southeastern states where we operate,” said John H. Sherman, president and chief executive officer, Coca-Cola Bottling Company UNITED. “We’re extremely impressed with the caliber of associates that are joining the UNITED family, many of whom we already know. They are highly-motivated and have a work ethic that is focused on serving one another as associates, serving our customers, and serving the communities where we live and work.”

Today’s closings are the culmination of four years of acquisitions for Coca-Cola Bottling Company UNITED, which were part of The Coca-Cola Company’s more broadly-based refranchising efforts throughout the United States. The Coca-Cola Company developed its 21st Century Beverage Partnership Model, internally called “System of the Future,” to align bottlers and optimize their capability to better serve customers and maintain strong, local ties across diverse Coca-Cola markets.

“We have been on a four-year journey with UNITED to transform their territory, and we are incredibly proud of all the great work we’ve accomplished together,” said J. Alexander “Sandy” Douglas Jr., president, Coca-Cola North America. “It’s exciting to see UNITED take on a bigger role within the system as we strengthen our community ties across the United States. UNITED has lived and celebrated our shared values for more than 100 years as a respected member of the community.”

Over the course of four years, beginning with the acquisition of Oxford, Alabama, in March of 2014, and ending with today’s acquisitions, Coca-Cola UNITED has successfully acquired more than 40 additional facilities and market territories, as well as transitioned more than 7,000 new associates and about 100,000 customers into the UNITED family. To sustain its local business operating model – which is founded on local relationships, dedicated customer service, and strong community engagement — UNITED increased its workforce by approximately 10 to 15 percent in the markets it acquired. In addition, almost $300 million in capital investments have been made to build new, or improve existing, facilities for its associates, as well as add to its fleet and upgrade equipment in an effort to better serve customers.

UNITED has also added close to 100 positions in Birmingham within its Customer Solutions Center and Corporate Services Division to support the growth in its field operations and customer engagement.

“What our Coca-Cola UNITED team has achieved in the past four years is nothing short of amazing, and it wouldn’t have been possible without the collaboration and partnership we have with our colleagues from Coca-Cola North America,” said Claude Nielsen, executive chairman of Coca-Cola Bottling Company UNITED. “UNITED has more than tripled in size since 2014, and we’ve grown from fewer than 3,000 associates to an organization of almost 10,000 associates, serving more than 150,000 customers throughout our seven states, and staying true to UNITED’s core values of Quality, Excellence, Integrity and Respect. This has truly been an epic transformation of our company.”

Today, Coca-Cola UNITED – the largest privately held Coca-Cola bottler in North America and third largest in the U.S. — has approximately 10,000 associates, located in 54 sales and distribution centers and nine production facilities throughout seven southeastern states. Its business has more than tripled since 2014, when it had some 2,900 associates located in 18 sales centers and three production facilities. At that time, the company had some 50,000 customers. Today, it has more than 150,000 retail and on premise customers in the states of Alabama, Florida, Georgia, Louisiana, Mississippi, South Carolina and Tennessee.

For maps and more information about today’s announcement, click here or go to www.cocacolaunited.com.

Coca-Cola Bottling Company UNITED, Inc., founded in 1902 and headquartered in Birmingham, Alabama, is the largest privately held Coca-Cola bottler in North America and the third largest bottler of Coca-Cola products in the U.S. Among the franchises operated by UNITED include Chattanooga, the world’s first Coca-Cola bottler, and Atlanta, headquarters of the worldwide Coca-Cola System. The Company is engaged in the production, sales and distribution of a diverse portfolio of leading sparkling (Coca-Cola®, diet Coke®, Coke Zero Sugar®, Dr Pepper®, Sprite® and Fanta®) and still (Smart Water®, Dasani®, PowerAde®, Gold Peak®, Monster® and Minute Maid®) non-alcoholic brands under exclusive franchise agreements principally with The Coca-Cola Company and the Dr Pepper® Company. For more than 115 years, excellent customer service and strong community engagement built on local relationships have been the foundation of the company’s operating model. Since inception, Coca-Cola UNITED has remained true to its foundational core values of: Quality, Excellence, Integrity and Respect.