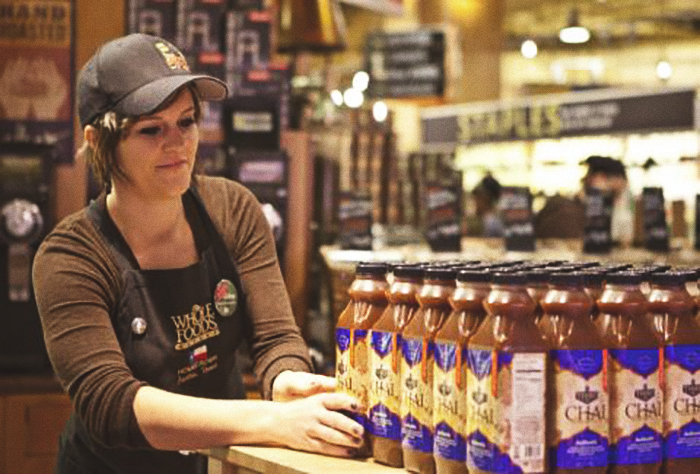 Following the Friday announcement that e-commerce pioneer Amazon would be purchasing natural products retailer Whole Foods Market, there has been rampant discussion over what the merger means for the retailer and industry. In communications to team members, both through email and a “town hall meeting” at Whole Foods headquarters, some information has come to light.

Read on for six key takeaways from the released materials and clues to what the future might hold.

The Union was a Shotgun Marriage

Throughout a town hall meeting arranged with employees at Whole Foods’ Austin headquarters, Whole Foods executives compared the acquisition to marriage between two equally valuable, and very much in love, partners. Whole Foods CEO John Mackey even went as far as to say it wasn’t a “Tinder relationship” but an old fashioned courtship.

Mackey and Amazon Founder Jeff Bezos met just over six weeks ago, according to Mackey, to discuss the deal over a 2 1/2 hour conversation in Seattle. Although that may have represented a quick timeline, Mackey revealed that over a year ago he had a vivid dream that Amazon had purchased his company.

Category Management and Affinity Programs are Plowing Ahead

In May, during Whole Food’s quarterly earnings call, it was announced that the retailer would be speeding up the rollout of two plays to improve sales and efficiency. The first, an affinity shopping program, was in beta mode in a few markets. A category management system that shifts buying from a local level to a national level was also introduced, part of a larger goal to reduce overhead costs.

During the town hall, Mackey confirmed that these two programs are rolling ahead.

Also during the quarterly call, Mackey revealed the company had hired a consulting group, and at the town hall he revealed the strategic advice would be coming from Boston Consulting Group.

Amazon is Considering Retail Formats Other than Whole Foods

When asked if Whole Food’s quality standards would remain in place Mackey and Jeff Wilke, Amazon’s CEO of Worldwide Consumer, were quick to say yes. However, Mackey’s longer follow-up answer indicated that Whole Foods might not be Amazon’s only bet on brick and mortar.

One of the questions that has emerged is if Whole Foods will adopt some of Amazon’s reportedly grueling labor practices — including using temporary contractors rather than full-time employees.

While Mackey reassured team members that they are still a valuable part of the Whole Foods’ equation, he did note that the company would be shifting to be more customer focused.

“One of my takeaways is that, by God, we’re gonna become as customer-centric as Amazon,” Mackey noted. “Because I think, sometimes, our company’s gone a little bit too much team member focus at the expense of our customers. And that’s one definite evolution that’s gonna happen.”

While Mackey also said that no layoffs would occur as a result of the transaction, the retailer has focused on cost cutting measures involving labor, ranging from layoffs to tighter scheduling, in the past.

Frugality Will Be a Focus

Team members expressed concern about losing some of their benefits — which include a significant team member discount, the ability to roll over paid time off days (some team members have numerous banked days) and low insurance costs.

Beyond benefits, Whole Foods has routinely invested in team member development as well. In recent years the company has spent funds on everything ranging from regional leadership retreats with all managers, team member appreciation weeks and mini Expo West-esque supplier fairs called “All Access” and “Tribal Gathering.” The retailer is also known for paying higher wages than some other grocers.

Mackey did try to quell some fears, but expressed that the retailer would be entering a more frugal period.

“One of [Amazon’s] core values is frugality, which I’ve heard— numerous times,” Mackey said. “So we don’t exactly know. It’s too early to talk about how benefits and compensation may synch up or how quickly. That’s a very important cultural value. I do think, over time, things will evolve at Whole Foods.”

Technology Will Be Embraced

Whole Foods has long struggled to keep up with technological advancements. On a larger level, it has tried to find solutions for catering, online ordering, and delivery. While originally some stores tried to establish and pilot their own delivery systems, Whole Foods ultimately decided on a partnership with online shopping platforms Instacart and Shipt.

In an email to team members the retailer noted that in regards to continuing to partner with the two sites, “Whole Foods Market customers will continue to have access to Instacart and Shipt for our products.”

But beyond basic needs for grocery shopping, the retailer has yet to fully capitalize on digital engagement with consumers. The retailer rolled out a digital couponing program but still relies on paper flyers and coupon books in stores. It also has experimented with website refreshes and partnerships with hot online website Food52 and wine app Delectable but mostly on small-scale levels. That changes with the purchase by Amazon.

“[Amazon is] at the forefront of technology. And we are— we’re a little behind there. So I think that we can expect that we’ll go to the front of the class, eventually, in the grocery business, from— from, like, the class dunce to, like, the… the class valedictorian,” Mackey said. “It’s gonna help our technology.”