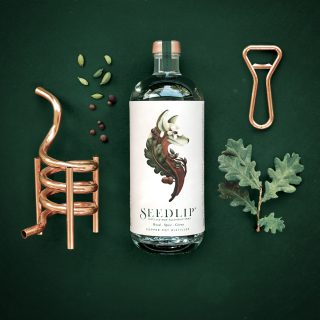 What do you drink when you’re not drinking?

It may seem like a simple question, but Ben Branson would argue otherwise. As the creator of U.K.-based brand Seedlip, a plant-based distillate that brands itself as the “world’s first non-alcoholic spirit,” one might expect him to tout his brand as a disruptive, innovative product that captures some sort of cutting-edge appeal amongst millennial consumers.

Instead, Branson told BevNET in an e-mail that the basic idea that sparked Seedlip, which launches in the U.S. this month, was hardly a new one.

“[I was] looking into different herbs to grow at home and I came across a book on the Internet written in 1651 that documented distilled herbal remedies that were non-alcoholic,” Branson said. “It was only when I began to understand that the world was actually at the beginning of a paradigm shift in what we’re drinking that the mission to solve the dilemma of what to drink when you’re not drinking.”

After some additional research at the British Library, Branson bought a small copper still and began experimenting in the kitchen of his home, a stone cottage on a farm in northern England that has been in his family for over 300 years. He eventually settled on a six-week individual distillation process for each ingredient, which are then blended and bottled.

Each of Seedlip’s two expressions, Spice 94 and Garden 108, contains a variety of botanical ingredients, such as thyme, rosemary, orange peel, hay and oak. Similar to juniper in gin or grain in whiskey, each features a dominant ingredient — all-spice berries for Spice 94 former and hand-picked peas from Branson’s garden for Garden 108.

The final product is a sugar-free, zero-calorie distilled beverage that’s intended to be used exclusively as a mixer with tonics and other non-alcoholic drinks. It joins a growing trend toward bottled and on-premise “mocktails” that manufacturers believe is gaining traction, although it’s priced as a premium item and has the key difference of adding to a bartender’s arsenal for mixed drinks, rather than a pre-mixed product.

Seedlip captured the attention of Distill Ventures, an investment arm of multinational alcoholic beverage conglomerate Diageo, in July, 2016. The company purchased a minority stake in Seedlip for an undisclosed sum, marking the first time Diageo has invested in a non-alcoholic beverage brand.

“In this day and age when nine out of ten start-ups fail, I wanted to ensure we had the best possible chance to succeed, so to have the support of the world’s biggest spirits company is a great help as we grow and navigate creating a new category,” Branson said. 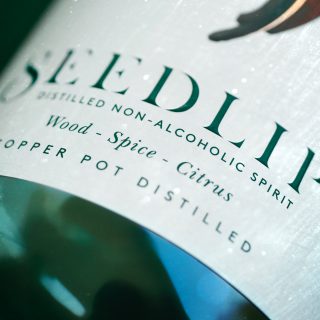 In retail, Seedlip will be available in the U.S. through online merchant Mikuni Wild Harvest in 23 oz. bottles that contain 14 recommended servings. The suggested retail price is $38.95.

For Seedlip’s launch in the U.S., Branson is looking to replicate the model that helped establish the brand in London: securing placement in upscale bars and restaurants. After debuting at luxury department store Selfridges, Seedlip has expanded its presence to over 250 bars, hotels and retailers in the U.K., including noted cocktail haunts like Dandelyan and The Savoy Hotel.

“My hope is that as the pioneers of the food and drink world are now a global community, with many from the U.S., we can introduce Seedlip to the very best there as we did in London,” Branson said.

“You have this amazing spectrum of possibilities within the mixology world, and you’re not dealing with the levels of sugar and you’re not dealing with the heat you get from alcohol,” Furst said, noting that she has seen a consumer-driven demand for more premium non-alcoholic beverage options. “It sort of transcends a lot of limitations that mixologists are up against.”

Polsky said Seedlip has become a staple of Harvard & Stone’s “R&D Bar,” in which mixologists present a special menu of four to five experimental cocktails. With a similar potency — around 2 oz. per drink — to liquors, he explained this also allowed Seedlip to serve as a like-for-like substitute for spirits in cocktail recipes.

By placing Seedlip in the hands of mixologists like Furst and Polsky, the brand is also opening up the possibility of broader applications, including as a cooking ingredient and as a premium option for venues that do not have a liquor license.

Despite its potential versatility, however, Polsky emphasized the importance as its intended use as a premium ingredient for non-alcoholic cocktails.

“We recognize it has use as a modifier because of its flavor,” Polsky said. “We don’t pitch that angle or encourage people to use it that way, but we don’t discourage either. We want to keep the message clear to what it is.”