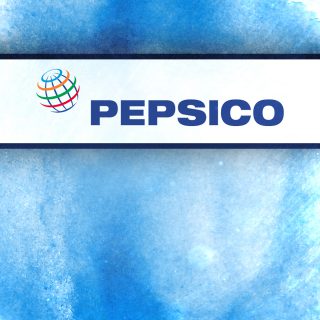 “Dave is one of our most trusted and respected leaders,” said Chairman and CEO Indra Nooyi. “He has a brilliant legal mind, outstanding judgment, and a wealth of experience gained over two decades at PepsiCo, spanning positions across our businesses and former bottling group. All of us at PepsiCo are fortunate to have him in this absolutely critical role.”

Yawman most recently served as senior vice president and deputy general counsel, PepsiCo, and general counsel North America and Corporate. Previously, he served as SVP, chief compliance and ethics officer for PepsiCo, managing a global team of professionals overseeing compliance and ethics matters around the world. He also previously served as general counsel of North America Beverages, Quaker Foods North America and Latin America Beverages. He spent five years in the law department of the Pepsi Bottling Group (PBG) where, as Associate General Counsel, he oversaw all corporate, securities and M&A matters. Prior to joining PBG in 2005, Yawman spent six years as a member of PepsiCo’s corporate law department.

Before joining PepsiCo in 1998, Yawman was an associate with the law firm Fried, Frank, Harris, Shriver & Jacobson and served as a law clerk in the United States District Court. He is an honors graduate of the Rutgers University School of Law (Newark) where he served as Managing Director of the Rutgers Law Review, and he holds a Bachelors Degree in American Studies from the University of Notre Dame.

Yawman replaces Tony West, who has chosen to depart the company for a role at Uber.

“Over the last three years, Tony has greatly advanced our commitment to being one of the world’s most ethical companies, strengthened our public policy and government affairs function, and demonstrated an unshakeable commitment to diversity,” said Nooyi. “He is also a good person, deeply committed to making the world a better place, and we wish him all the best on this next endeavor.”

PepsiCo products are enjoyed by consumers one billion times a day in more than 200 countries and territories around the world. PepsiCo generated approximately $63 billion in net revenue in 2016, driven by a complementary food and beverage portfolio that includes Frito-Lay, Gatorade, Pepsi-Cola, Quaker and Tropicana. PepsiCo’s product portfolio includes a wide range of enjoyable foods and beverages, including 22 brands that generate more than $1 billion each in estimated annual retail sales.

At the heart of PepsiCo is Performance with Purpose – our fundamental belief that the success of our company is inextricably linked to the sustainability of the world around us. We believe that continuously improving the products we sell, operating responsibly to protect our planet and empowering people around the world enable PepsiCo to run a successful global company that creates long-term value for society and our shareholders. For more information, visit www.pepsico.com.