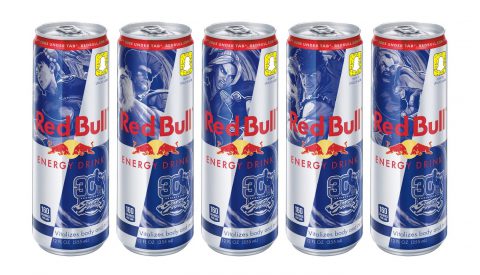 The Red Bull Street Fighter can takes cues from the latest version of the game, StreetFighter V. Beloved characters Chun-Li, Guile, Ken, Ryu and Zangief are the five characters on the limited edition cans. Visit RedBull.com/Streetfighter to learn more.

As the Street Fighter franchise celebrates its 30th Anniversary, live competition for the game has evolved from local arcade meet-ups to multi-day national events like Red BullBattle Grounds, which will crown the top Street Fighter V player in North America inBoston on November 18 and 19. Saturday is an open-bracket competition and on Sunday, the top 7 players from the Capcom Pro Tour Regional Leaderboards and the winner from Saturday’s last chance open qualifier will compete in an 8-player bracket for North America’s Street Fighter V crown. Find out more atwww.redbullbattlegrounds.com.

Red Bull is available in 170 countries worldwide and 6 billion cans were consumed last year, two billion of those in the U.S. alone. An 8.4 fl. oz. Red Bull contains 80 mg of caffeine, equivalent to a home-brewed cup of coffee. For more information, visit energydrink-us.redbull.com.

“PlayStation” is a registered trademark of Sony Computer Entertainment Inc. All other marks are the property of their respective owners.

“PlayStation” is a registered trademark of Sony Interactive Entertainment Inc.