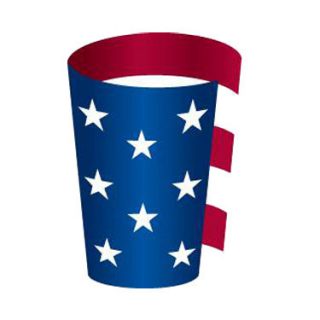 “I’m honored to join ABA and advocate on behalf of its members, including iconic brands like The Coca-Cola Company, Keurig Dr Pepper and PepsiCo,” said Lugar. “As a mother, I know how important it is for consumers to have choices as they balance their families’ nutrition and activity. These companies have shown real leadership and set their competitive differences aside to strengthen our communities and support families nationwide. Building on Susan Neely’s outstanding leadership and results over the past 13 years, I look forward to leading the ABA team as we continue to be an important part of the solution when it comes to consumer choice and public health.”

Lugar will leverage deep public policy and advocacy experience on behalf of ABA and its member companies, which make and sell some of the world’s most popular and innovative non-alcoholic beverages. As president and CEO of AHLA, Lugar transformed the lodging industry’s largest association in her five-year tenure, tripling revenue and membership, strengthening the association’s core mission on advocacy, championing the industry’s voice with policymakers and achieving historic highs for the industry political action committee (PAC) placing it in the top two percent of all association PACs.

Lugar previously served as the Retail Industry Leaders Association’s (RILA) executive vice president of public affairs, where she ran a number of successful, high-profile issue campaigns. Prior to RILA, Lugar led government relations for Travelers Insurance, served as vice president of legislative and political affairs at the National Retail Federation (NRF) and worked on Capitol Hill. She currently is chair-elect of the board of the St. Baldrick’s Foundation for pediatric cancer, a member of the executive committee of the Bryce Harlow Foundation and a member of the U.S. Chamber of Commerce’s Committee of 100.

“On behalf of the board, I am so pleased to congratulate and welcome Katherine as the new ABA president and CEO,” said Jeff Honickman, chair of ABA’s Board of Directors and CEO of Pepsi-Cola & National Brand Beverages, Ltd. “Katherine is a dynamic leader who brings deep knowledge and experience in public policy and issue advocacy. I know ABA and its member companies will benefit from Katherine’s management, and she will continue to build on the successful foundation that Susan and the ABA team have established on behalf of our industry and consumers.”

“Katherine is a powerhouse in Washington, and she understands how to communicate and execute public policy strategies on behalf of high-profile brands,” said Neely. “Her experience leading federal, state and local advocacy campaigns, coupled with her deep understanding of complex industries, makes her uniquely positioned to lead ABA forward. Under Katherine’s leadership, I’m confident ABA and its member companies will keep working together to make a real difference for American families.”

The non-alcoholic beverage industry employs more than 250,000 people with a direct economic impact of more than $182.6 billion. The industry manufactures a variety of beverage choices in a wide range of calories and package sizes, including bottled water, 100 percent juice, juice drinks, sports drinks, soft drinks, ready-to-drink teas and energy drinks.

About The American Beverage Association

The American Beverage Association is the trade association representing the broad spectrum of companies that manufacture and distribute non-alcoholic beverages in the United States. For more information on ABA, please visit the association’s Web site at www.ameribev.org or call the ABA media relations team at (202) 463-6770.