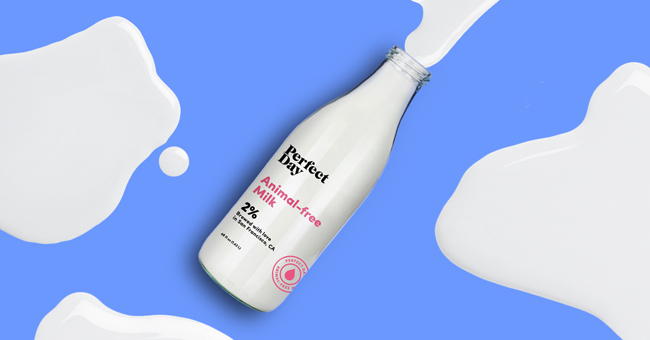 Perfect Day, a San Francisco-based food tech startup, founded in 2014 by CEO Ryan Pandya and Perumal Gandhi, is utilizing a proprietary process involving yeast and fermentation to create the same protein found in cow’s milk, allowing the company to develop lactose-free milks, cheeses, yogurts, and other such products with the same nutritional benefits of dairy without sourcing from animals.

Earlier this year, Perfect Day completed a $24.7 million Series A funding round, led by Singaporean state-owned investment firm Temasek. The round also included $6 million from prior investor Hong Kong-based Horizons Ventures, as well as Continental Grain, Iconiq Capital, Lion Ventures, and Verus International. In February, the company received a patent for the use of its animal-free dairy proteins in food products.

“We initially had a very specific goal in mind which was to scratch our own personal itch for better plant-based, non-dairy options, not just for beverages but for all the things that milk turn into — cheese, yogurt, ice cream and so on,” Pandya told BevNET. “Those alternative products are really falling short right now and that was especially the case four years ago.”

Perfect Day is working to scale its technology, and is planning a market launch via partnerships with brands within the next few years. According to Pandya, Perfect Day does not plan to launch as its own brand, but will likely work as a supplier and private label partner for more established companies. It has been in talks with dairy producers of various size about such opportunities. The key benefit for dairy brands looking to offer vegan-friendly products, he added, is that the proteins in Perfect Day’s formula can produce foods with the same methods used to make their traditional dairy products, unlike plant-based alternatives which require a wholly different process to make.

“If we work with a cheese plant that currently makes cheese from dairy milk, well, they can keep on using that same exact plant to make a cheese that has more or less the same nutrition and flavor profile as the cheese they’ve been making, except it’s vegan and sustainable and it can save them a lot of water, land, and reduces the amount of greenhouse gases,” Pandya said.

In recent months, the dairy industry has increased its lobbying in Washington to enforce standards of identity for milk, cheese, and other dairy products — protecting the terms from use by plant-based brands. Pandya however is hopeful Perfect Day will be welcomed.

“We are part of the dairy industry, and we’re viewing it that way,” he said. “We’re not coming here to try to disrupt everything and wreck their way of living and working. We see this as a complement that has demand. People are looking for this kind of thing and they’re not able to find it. So wouldn’t it be great if the dairy industry itself could provide this kind of solution?”