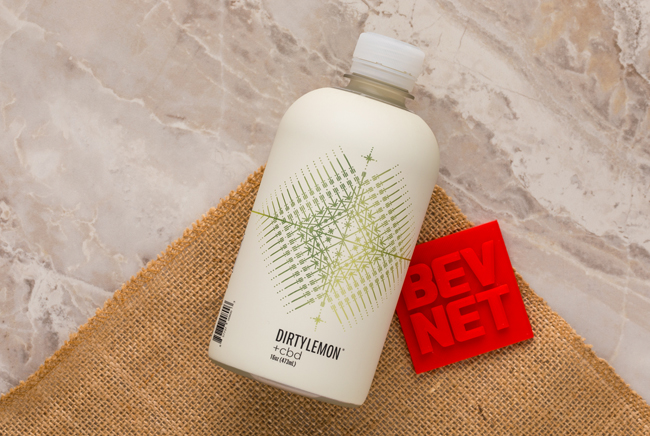 Functional beverage brand Dirty Lemon announced today that it will discontinue sales of its cannabidiol (CBD) infused SKU, +cbd, until the regulatory framework around hemp-derived CBD is clarified on a federal and state level.

In an email to BevNET, Dirty Lemon CEO Zak Normandin said that the brand’s experience with +cbd, which launched in June, over the last three months has given the company “a better understanding of the significant legal and operational challenges that this ingredient poses for all food and beverage companies.”

“Given the success of DIRTY LEMON to date and our plans for the future,” Normandin wrote, “we’re simply not open to exposing the organization legally at this time.”

Dirty Lemon +cbd contains 20mg of full-spectrum CBD, a non-psychoactive compound derived from cannabis. Some research suggests CBD can be used as a method to treat chronic anxiety, stress, muscle fatigue, insomnia and other conditions.

According to federal laws, CBD is considered an illegal substance unless it is extracted from parts of the cannabis plant excluded from the definition of “marijuana” established by Congress. It must also be produced for research purposes or for medical use, pending FDA approval. The 2014 Farm Bill made it legal to grow hemp under state licensed pilot programs or for academic research. Meanwhile, regulations for CBD in different states varies widely.

COO Adam Louras noted that the complex intersection of federal and state laws have made manufacturing and distribution of CBD-infused beverages challenging on a national level. “Most essential services, such as banks, credit card processors, insurance companies, co-packers and even freight carriers are limiting exposure to the ingredient until clear regulatory guidance has been issued at both the Federal and State level,” he wrote. “We’re following the same strategy moving forward.”

Normandin said that the company will sell through its current inventory until it is out of stock. Dirty Lemon may consider a return to CBD beverages once legal clarity has been established, he said.

“We believe CBD is an additive ingredient, not a beverage category — similar to probiotics or caffeine,” he wrote in response to being asked if the company’s enthusiasm for CBD as a functional beverage ingredient had waned. “We’re excited by a future where regulation and enforceable quality standards deliver a high quality experience to consumers which is consistent with the immensely powerful benefits of the cannabis plant.”