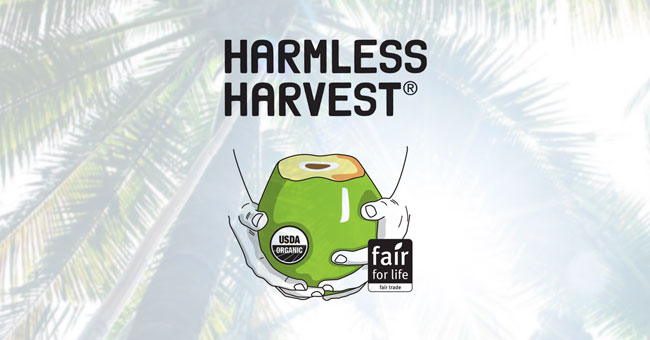 Six months following the sudden departure of Giannella Alvarez, Harmless Harvest has appointed industry veteran Ben Mand as CEO. Mand, who had previously served as the SVP of brand marketing and innovation for Plum Organics, assumed the CEO position on Monday.

“Ben combines two rare traits: passionate creativity with a commitment to hard work in achieving goals,” said Harmless Harvest co-founder Douglas Riboud in a press release. “Along with the rest of Harmless Harvest, Justin and I are grateful to have a leader of Ben’s caliber. We look forward to benefiting from his experience and collaboration as we achieve our objectives as a values-based enterprise.”

In February, Danone Manifesto Ventures led a $30 million investment round in the company. Harmless Harvest had been operating under interim CEO Laurent Marcel, managing director of Danone Manifesto Ventures, since Alvarez left the company in January to take the chief executive role at bean chip brand Beanitos. Alvarez joined the brand in 2015 and during her tenure oversaw the launch of the Harmless Harvest probiotics line.

Mand brings with him more than 16 years of experience in the CPG space. Prior to his six-year tenure at Plum Organics, Mand also worked at The FRS Company, General Mills, and Johnson & Johnson.

“I am thrilled to join the Harmless Harvest team and support our mission to benefit all of our stakeholders from the soil and farmers in Thailand that help produce our nutritious, organic products to the people who drink it,” Mand said in a press release. “Harmless Harvest is a flagship brand because of its powerful vision and commitment to its stakeholders and the environment. As a fan from day one of this pioneer, I was humbled to be offered this exceptional role and can’t wait to work with this great team to develop Harmless Harvest’s full potential in the years to come.”

“Tamara and Gordon’s extensive backgrounds in the CPG space will support our goal to reshape the future of our category,” said Sharelle Klaus, founder and CEO of DRY, in a press release. “It’s rare to find such accomplished talent combined with an entrepreneurial mindset, strategic vision, and a passion for the beverage space. We’re thrilled to welcome them to the DRY Soda Co. team.”

Ryan joins the company from another Seattle-based company: Starbucks, where she served as a finance director of supply chain operations and later for the company’s cold pressed juice brand, Evolution Fresh, where she helped develop go-to-market strategy for RTD products while assisting in the divestiture of its retail stores.

“I am excited to be part of a team that continues to elevate the soda category,” Ryan said in the release. “Health and wellness is important to me and I’m especially supportive of DRY’s products because they taste amazing and provide consumers with the opportunity to make better choices for themselves and their families.”

“DRY is leading the CSD industry with new innovation and better-for-you products,” said Cooper in the release. “I’m excited to join DRY’s team, especially in the midst of the launch of new DRY Zero Sugar sodas. We have so much opportunity to grow our company and bring our brands to more consumers.”

DRY launched its new stevia-sweetened, four-SKU organic line, DRY Zero Sugar, in April. The product is available in 6-packs of 12 oz. cans at retailers such as CVS, Kroger and Costco.

The new hires come after the addition of Ed Lilly (executive vice president of sales), Jim Flood (VP of sales strategy), and Anna Johnson (VP of operations) in September 2017.

Beverage Business Insights is reporting that Red Bull executive vice president and general manager for the East Coast, Amy Taylor, has been named president and CMO of the energy drink brand.

Red Bull did not immediately respond to BevNET’s request for comment. The company has not made any official announcement concerning Taylor or the president or CMO position.

The sales division will also have new leadership for its various departments. George Konovalov, who has been in a variety of sales roles since 2004, including director of sales for mainstream grocery, is now the VP of sales for retail grocery.

Dennis O’Loughlin, former director of sales for natural channel at Organic Valley, has been named VP of sales operations. A University of Massachusetts graduate, O’Loughlin has been with the company since 2001. 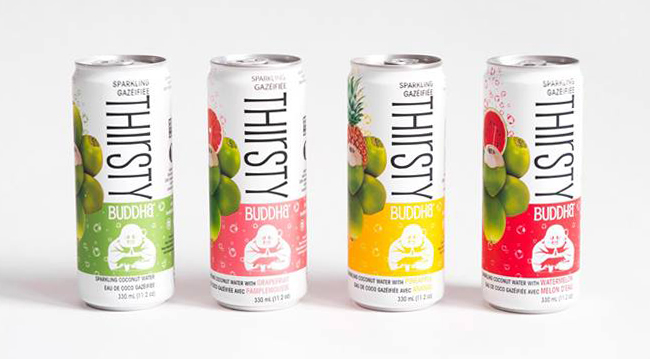 Canadian CPG company Temple Lifestyle, maker of Buddha Brands products, has announced a pair of new additions to its staff.

In a press release earlier this week, the company announced that Gayle Padvaiskas joined Temple in May as its vice president of marketing. Padvaiskas is a former senior director of marketing at Molson Coors, as well as the founder and CEO of marketing agency Optimista Marketing and Branding, based in Montreal. According to the release, she will lead all marketing, branding and cultural development efforts at Temple.

“With our continued focus on product innovation, speed to market and overall expansion, we agreed that the time was right to strategically add key functional expertise to our leadership team and position our company for continued growth,” said Magnone in the release.