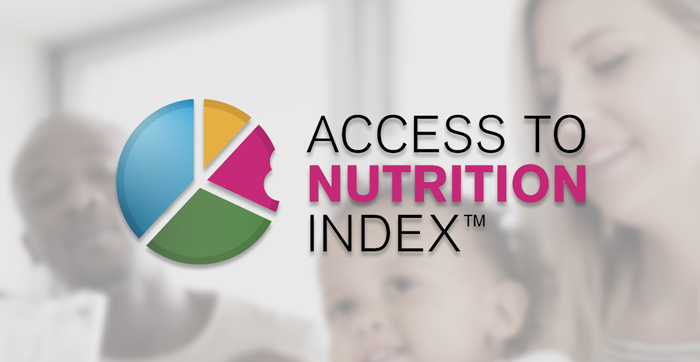 The 10 largest U.S. food and beverage companies need to step up efforts to improve the nutritional content and accessibility of their highest-selling products, according to the first-ever U.S. Access to Nutrition Index.

The Index, produced by the Access to Nutrition Foundation (ATNF), an independent non-profit organization based in the Netherlands, assigns a numerical score on a scale of one to 10 based on an evaluation of what the top ten food and beverage companies in the U.S. are doing to increase consumers’ access to healthy and affordable products.

The companies examined were The Coca-Cola Company, General Mills, The Kellogg Company, The Kraft Heinz Company, Mars, Unilever, Nestle and PepsiCo. Dr Pepper Snapple (DPS) was also included based on data from prior to its merger with Keurig Green Mountain in January. The companies were selected based on total U.S. sales of packaged food, hot drinks and soft drinks in 2016.

The ATNF, founded in 2013, has produced global indexes biennially that examine what the food and beverage industry is doing to address all forms of malnutrition, including obesity, undernutrition, food insecurity, micronutrient deficiency and diet-related diseases. The first-ever U.S. Index, published today, was funded by a grant from the Robert Wood Johnson Foundation.

With a score of 5.3, Nestlé scored the highest on the Corporate Profile ranking, which summarizes companies’ performance in response to addressing obesity and diet-related diseases across seven categories: governance, products, affordability and accessibility, marketing, employee and consumer health and wellness, and labeling.

Unilever (4.7) and PepsiCo (4.4) finished second and third, respectively, while Kraft Heinz (0.8) and Dr Pepper Snapple (0.6) provided the two lowest scores. The average Corporate Profile score was 3 out of 10.

In the Product Profile ranking, which evaluates the healthiness of a company’s product portfolio, ConAgra led with a score of a 5.8 out of 10, followed by Kraft Heinz (5.6) and General Mills (5.2). Dr Pepper Snapple (3.4) and Mars (1.6) had the two lowest scores. Only 30 percent of the products assessed are healthy, according to the criteria used.

In laying the context for the rankings, the report cites the U.S. obesity rate — 40 percent for adults and 18.5 percent for children — as a threat to the country’s health care system and economy. While acknowledging the obesity crisis as having “complex” causes, it notes that the “nutritional quality of foods and beverages offered by America’s major manufacturers and how these products are labeled, marketed, priced and distributed contribute to the obesity epidemic.”

In conclusion, the Index recommends that the 10 companies included in its analysis take greater steps to improve the nutritional quality of their offerings and make them more accessible to populations that may be limited by income or geographic factors. It also calls for those companies to establish specific goals for improvement in a litany of areas, including product innovation, reformulation, marketing, employee health and wellness, labeling, lobbying and stakeholder engagement.

Speaking with BevNET from the Netherlands, ATNF Executive Director Inge Kauer said that the concept for the inaugural U.S. Index is to provide the companies involved with a benchmark for success and to establish sets of best practices that can be integrated into corporate policy.

“We believe companies can play a major role in tackling the nutrition challenges by providing healthier products and marketing and labeling, and distributing them in a more impactful and responsible way,” she said.

In discussing the rankings, Kauer said that progress made by companies in certain areas should be commended, despite the fact that the low average scores underlined the need for further action. She applauded efforts by Nestlé to be transparent about its nutrition strategy and its relationship to the overall business, as well as the work Unilever and ConAgra have done to disclose progress against reformulation targets aimed at making healthier products.

“We are proud that ATNI recognized our steady progress to meet our nutrition commitments, to transparently communicate with consumers and to support the wellness of our employees,” said Wendy Johnson, PhD, MPH, RD, Vice President of Nutrition Health and Wellness for Nestlé, in a press release. “As a business, our growth strategy is driven by a deep focus on how consumers are evolving, which makes our focus on nutrition and wellness ever more relevant. We will conduct a full review of ATNI’s assessment of our U.S. practices to determine areas where we can further evolve and strengthen our approach.”

However, progress in other areas, such as accessibility and affordability, have been stagnant. The 10 companies in the Index scored an average of 0.6 out of 10 in accessibility and affordability, compared to 2.5 for the global index, and Kauer said none of them have a formal policy with specific targets for lowering the difference between its existing healthier, more expensive products and its less expensive, less healthy lines. Contributions to food assistance programs were also weak, with only Kellogg and PepsiCo making commitments to donate a high percentage of their respective healthy products to food banks.

The report also recommended that companies commission independent audits of its compliance with its commitments to marketing to children and reduce amount of marketing around schools and other locations popular with children, such as after school programs. Only General Mills and Kraft Heinz have committed not to market in K-12 schools, and only Mars has commissioned a third-party audit of its marketing practices.

Kauer called the development of the Index an “interactive process between companies, investors, policy makers and societal organizations.” Information was initially gathered through an online data-gathering platform, for which companies were provided with the details and training on its use. Companies were offered the opportunity to comment on ATNF’s assessment of the data and respond to questions. After ATNF evaluated those responses, the group returned to the companies for further clarification and response to follow up questions. All companies, with the exception of ConAgra, Dr Pepper Snapple and Kraft Heinz, engaged with ATNF at that stage.

Going forward, Kauer said she hopes more companies actively engage with ATNF in the making of the Index, and that independent organizations like the Partnership for Healthier America and the Alliance for Healthy Generations use its data in their work.

The Index also serves as an independent, publicly available analysis that investors can use to guide their decision making. ATNF has more than 50 investor signatories, Kauer said, who use the scorecards the organization produces that analyze companies’ strengths and deficiencies.

All the companies involved have been invited to participate in a meeting on Friday, Kauer said, to further discuss the Index and how its recommendations can be implemented.