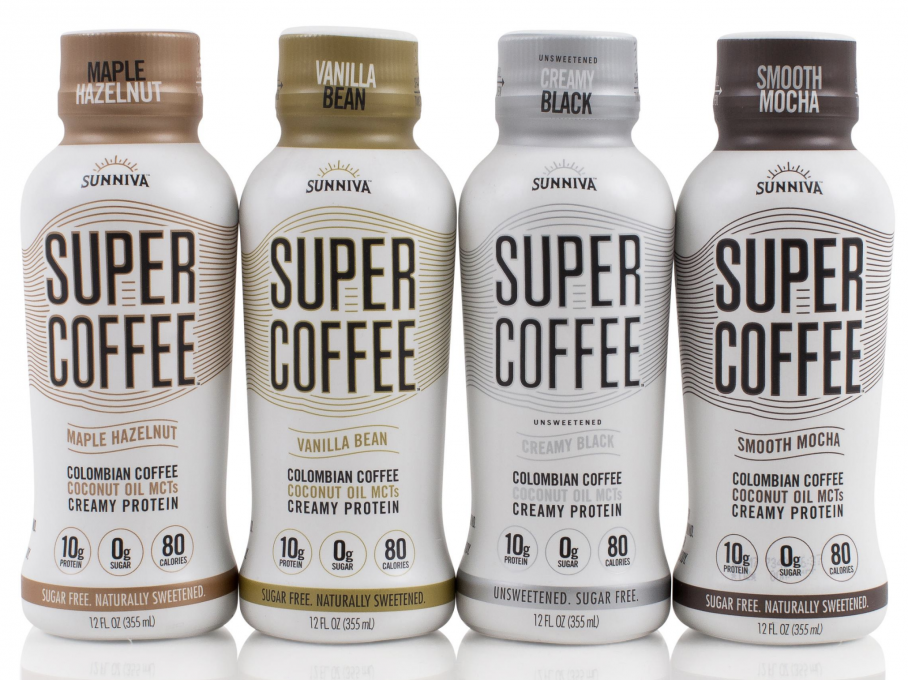 New York City — Sunniva, makers of the world’s first Super Coffee, partnered with the Monk Fruit Corp. to launch a Zero Sugar line of Super Coffee. The company’s three sweetened flavors — Vanilla Bean, Smooth Mocha, and Maple Hazelnut — were once lightly sweetened with 7g of sugar from organic maple syrup. The Creamy Black flavor remains unsweetened. The switch to monk fruit now brings the entire line of 12 oz Super Coffees to 0g of sugar and only 1g of carbs.

Super Coffee’s transition to Zero Sugar also lowered the calories from 120 per to 80 per 12oz bottle.

“Zero Sugar is something we’ve dreamed of since launching the company in my dorm room in 2015,” said Youngest Brother and founder, Jordan DeCicco. “Until now, we had not found an all-natural sweetener that delivers the same delicious flavor as sugar. We can’t expect our customers to compromise taste for health, and with this Zero Sugar launch, we are proud to deliver the same satisfying flavor as products sweetened with cane sugar.”

Super Coffee’s Zero Sugar products are now ketogenic approved, relying on 5g of MCT oil, 10g of protein and only 1g of carbs for sustained energy. Trends amongst emerging food and beverage brands indicate a shift in America’s food paradigm from a tolerance for carbs and sugars to a newfound acceptance of healthy fats and proteins. Super Coffee is introducing its Zero Sugar product line nationwide across the foodservice sector.

Sunniva Super Coffee is based in New York City. The company was founded in Washington, D.C. in 2015 by three brothers, all collegiate student athletes, when the Youngest Brother was falling asleep in class after early morning basketball practices.