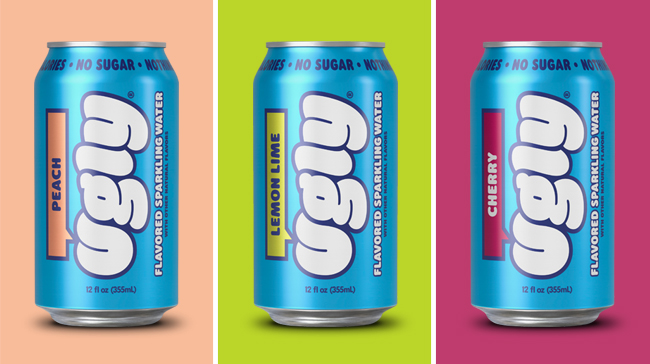 In the fight for leadership of the sparkling water category, things are about to get Ugly.

Ugly Drinks, an United Kingdom-based sparkling water brand, is launching in the U.S. on May 14 via a direct-to-consumer ecommerce platform and at independent retailers in the New York metro area.

The brand was co-founded in 2016 by Hugh Thomas and Joe Benn, both former brand managers at Vita Coco, and is now available in more than 2,500 retailers in the country, including a recent launch with the nation’s leading grocery chain Tesco.

Speaking with BevNET on the phone from London, Thomas said the sparkling water category had been a relatively minor space prior to Ugly and that U.S.-based brands like La Croix had little market presence. Now, entering an increasingly crowded U.S. market — which brought in more than $2 billion in 2016, according to Euromonitor International — Thomas says he’s confident Ugly has the branding and the team in place to make an impact.

“We felt that because the beverage comes in so many formats and price points we had to really refine our brand personality and what we stand for,” Thomas said. “We feel now we have a brand that speaks to our target consumer, that is distinct, and allows us to enter the market which has been growing so fast.”

For its U.S. launch, Ugly entered a joint venture with the Los Angeles-based Green Park Brands, which also owns chickpea snack brand Hippeas. In an interview with BevNET last August, Green Park CEO Livio Bisterzo said he saw Ugly as having potential to be a $100 million business.

In the U.S. market, Ugly will feature some different flavors from its U.K. portfolio. New Peach and Cherry varieties will join the existing Lemon Lime SKU, a decision Thomas said was the result of market research and consumer trials. The line retails for $1.29 per 12 oz. can or $12 for a 12-pack. It will be sold online nationwide in 24-packs for $24 plus shipping fees. The U.S. line is being produced at a facility in Canada, with Thomas adding that the manufacturing partner has additional facilities which can be utilized as the brand grows.

Last year, Ugly unveiled a redesigned can inspired by 1980’s and 90’s graffiti and pop art. Thomas cited street artists such as Keith Haring, Kenny Scharf, and Banksy as influences and said he hopes the retro-styled packaging will excite consumers visually and communicate a tongue-in-cheek authenticity. While there may be subtle adjustments for the U.S. market, Thomas said the brand identity of “revealing the Ugly Truth” has been crafted with a global market in mind.

Thomas also said Ugly will carry over to the U.S. the millennial-focused social media marketing strategy that has produced positive consumer interactions in the brand’s home market.

“The way we developed the brand was about connecting to younger urban consumers who want a convenient online option and want brands that talk to them,” Thomas said. “As we’ve developed the business model for the U.S. that’s been a real focus for us in understanding what our position is and how we want to talk to consumers.”

While the launch has a “digital first” mindset, Thomas said, Ugly is looking to be a fast-growing omni-channel brand in the long term. The company has brought on other veterans from Vita Coco to build its retail presence, including former regional sales manager Jon Van Steenbergen as head of sales in New York and communications guru Arthur Gallego.

Thomas credited his and Benn’s time at Vita Coco, which has itself recently entered the bubbles arena with a sparkling coconut water, for igniting their entrepreneurial fuse.

“I think if you spend time in that environment with people like Mike Kirban and the team there, learning from great entrepreneurs and brand builders you just get the bug,” he said.