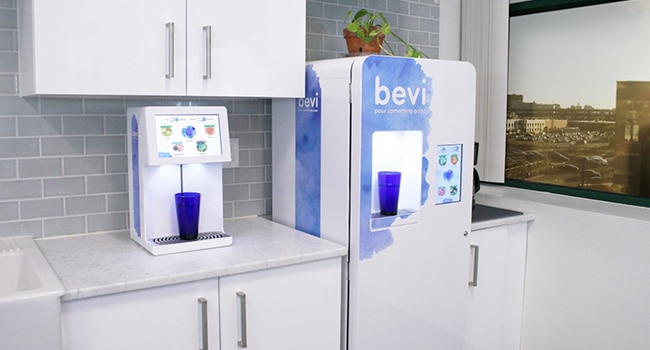 Boston-based tech startup Bevi, which produces a line of “smart” beverage dispensing systems sold in office and food service channels, has raised $35 million in a Series C round led by Bessemer Venture Partners.

Speaking with BevNET, Bevi CEO Sean Grundy said the company previously raised $28 million to date. Past investors Horizon Ventures and Trinity Ventures, who had led the company’s Series A and Series B rounds respectively, also participated in the Series C. Bessemer investor Kent Bennett will join Bevi’s board of directors. Grundy noted that Bennett also works with food and beverage related tech companies Blue Apron, MealPal, and Toast and will bring that experience to Bevi.

“I remember starting out five years ago and we were trying to raise a $1 million seed round and our lawyer at the time asking me why not try to raise $2 million,” Grundy told BevNET. “I commented then I wouldn’t even know what to do with $2 million. Now it’s funny — we have $35 million and I feel like I know exactly what to do with it.”

Grundy said the round will go toward three key aspects of the business: growing Bevi’s sales footprint within the U.S. and Canada, building brand awareness, and product development for the company’s hardware, software and beverages.

In July, Bevi brought on several team members from the tech industry, including former executives from Boston Dynamics, Amazon Robotics, LogMeIn and Placester. Now, Grundy said, the company is hoping to bring in more talent from the beverage and CPG space and is seeking to fill a VP of marketing position. Although the company is currently focused on B2B sales, Grundy hopes to find a candidate with a consumer products background, noting that although the company is exploring the potential release of a consumer-facing appliance.

“Even though we’re a technology company, long-term it’s really important that we connect with our end users as well as all of our customers,” he said. “Since we are a mission driven company, we started Bevi to eliminate disposable bottles and cans, we’d love to really galvanize our user base and listen more to what our users are saying and work with them to turn Bevi into a meaningful brand that people know and feel affiliated with.” 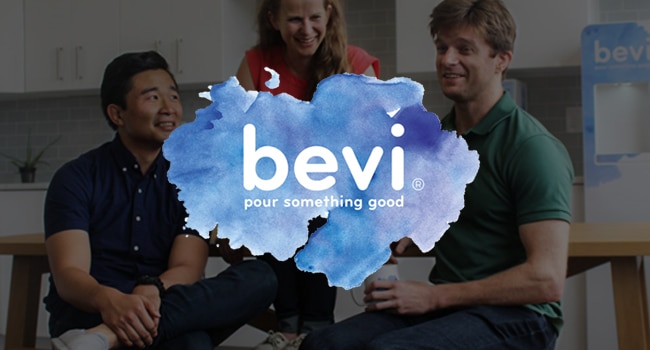 In addition to a VP of marketing, Grundy said he is seeking to fill “at least” 15 positions for engineers to develop Bevi’s customization options. Currently, Bevi machines allow users to choose different flavors or carbonation levels, but the company is working to develop machines that include temperature control, wider control over carbonation, and functional ingredients such as vitamins.

The company also hired Mario Payssé as national director of sales, national accounts, and channel partners. Payssé has previously held positions as east division director of sales at Primo Water Corporation and as a regional sales director at Starbucks.

“Definitely on the sales front and operations front we’re looking to hire people who have [beverage] industry experience,” Grundy said. “We want a mix of employees from top tech companies as well as real beverage industry veterans who know the ins and outs of the status quo business. I think that mix can be really powerful — to have that innovation mindset on the tech side as well as people who really know what they’re doing in the beverage industry.”

Calling customized drinks a new category that Bevi has the potential to “own,” Grundy is aiming to launch new models with increased customization in 2020. He added that he believes customization will play an important role in the beverage industry moving forward, pointing to PepsiCo’s $3.2 billion purchase of SodaStream in August.

“In a way Bevi could become almost an anti-brand, if you think of a brand as mass producing a very standard product designed to be exactly the same everywhere,” he said. “We have the opportunity to do the opposite, to let people create whatever drink is the best fit for their taste profile, for their health goals, for how they’re feeling at a particular time of day.”