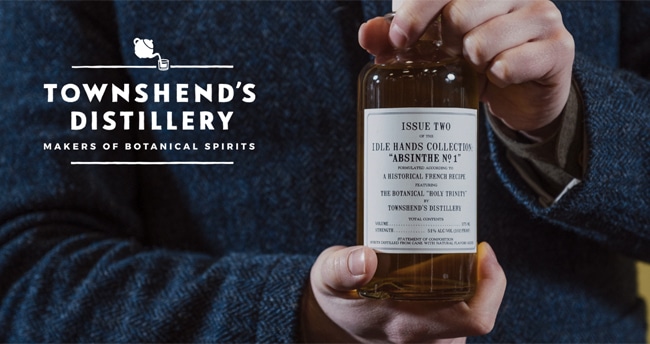 Brew Dr. Tea Company’s play in the spirits space is coming to an end — for now.

The Oregon-based company announced in an Instagram post last week that it will close down its Townshend’s Distillery business on December 23. The distillery produced a variety of premium spirits made from the alcohol byproduct leftover from its kombucha brewing. However, the announcement noted that the closing of the distillery was not “goodbye,” but merely a “see you later” as the company explores options to reopen under a new model.

Speaking with BevNET this week, founder and CEO Matt Thomas said the decision to close down Townshend’s Distillery came as Brew Dr. sought to refocus its growth strategy on its core non-alcoholic tea and kombucha business. In October, the company rebranded from Townshend’s Tea Company to Brew Dr. Tea Company in a move to reorganize the entire business — which also includes tea houses and a bagged tea business — under the nationally recognized name of its kombucha line.

Townshend’s Distillery, Thomas said, was too substantial of a side project to warrant Brew Dr.’s full attention. As well, the distillery’s infrastructure was out of date and would need to find a new location to keep operating.

“It was the entrepreneur in me who saw the opportunity to take tea to a new place,” Thomas told BevNET. “We had this totally unique spirit that is a byproduct of something we’re doing every day. We created some really unique stuff that had a really strong following, but we’re not spirits people. We had never strategized around growing a spirits brand, it was just a project we were working on and hoping to encounter success with.”

Townshend’s Distillery produced a variety of tea-based spirits, including gin, white rose, fernet, amaro, and tea liqueurs. According to Thomas, the alcohol byproduct from Brew Dr.’s kombucha production will still be recycled; The company sells its alcohol to a local ethanol fuel producer.

The distillery had seven full time employees, including head distiller Seth O’Malley. According to Thomas, Brew Dr. hopes to reposition several of these staff members in its tea and kombucha business — particularly in field marketing and production — while others are likely to seek to new positions at other spirits companies.

“Being a moment where we want to simplify and unify under the Brew Dr. name, having the distillery is extra work for our back of house HR and finance admin to keep up with,” Thomas said. “If we don’t have a set plan for success and growth with it, we feel it’s better served to be spun out.”

Thomas said he is currently seeking investors to relaunch the distillery as a separate business. Though he did not have a specific date for Townshend Distillery’s relaunch, Thomas said there is already a “group of people” interested in the project and that he would “love to see something happen within the next year.”

Thomas added that with a future relaunch he would aim to continue innovating in the same spirits categories, including gin and amaro.

“To give it the potential to succeed we have to restart in a way,” he said. “Shut it down for now, shelve it, and start it back up when we have the right group of people with a plan and the money to put behind it.”

While spirits will no longer be a part of Brew Dr., Thomas said the company will continue to “tinker in all things tea.” In addition to growing its kombucha business through new channels such as convenience and new innovations such as the energizing yerba mate based Uplift line, the company will also look to expand its tea houses. Brew Dr. currently operates five tea houses in the Pacific Northwest, but next year the company will move toward opening new locations across the country.

“I would love to have a tea house in Austin, a tea house in L.A., San Francisco, Chicago, Denver, Brooklyn, Miami,” he said. “Looking back in five years I would be extremely pleased if that were the case and that is a goal. So we’re seeing if we can get the retail business to a point where it’s streamlined in order to replicate that way.”