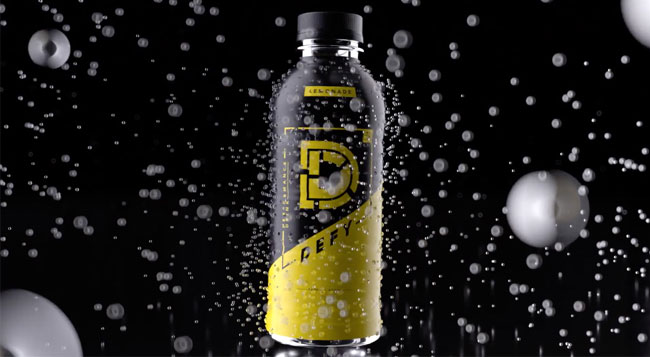 A lot of people think that Terrell Davis’ NFL career ended too soon, forced out by knee injuries after just eight years. They were unquestionably great ones, as he was elected to the league’s Hall of Fame.

But chronic pain followed him into retirement. After using prescription medication for some time, he feared that long-term use could damage his kidneys and decided to seek an all-natural pain reliever. When Davis tried CBD — cannabidiol, the non-psychoactive cannabis derivative — he claimed it transformed his body; not only did his joints feel looser but, after struggling with migraines since childhood, he said he has not experienced any in over a year.

Now Davis is the co-founder of Defy, a CBD-infused sports drink set to launch in three flavors this spring.

“It just was a real eye-opener to me how it affected my body,” said Davis. “I was like ‘Wow, we’ve got to do something with this. We’ve got to be able to share this with other people who were like me, who didn’t know it was so effective.’’”

Davis isn’t the only athlete-turned-entrepreneur in a sharing mood.

CBD seems to be the functional ingredient of the moment, with new infused beverages — from kombuchas to seltzers to millennial-aimed elixirs — popping up with increasing frequency, especially since the 2018 Farm Bill legalized industrial hemp. Sports drinks are emerging as one of the main established categories facing disruption by the new ingredient, as a new wave of brands aims to expand the sports drink category and its ability to deliver a range of physical and mental benefits to athletes, and amateurs and pros are getting into the game.

Searching for a Natural Pain Solution

Take Jim Bailey, the CEO of OKI, an active hemp extract water, fruit water and iced tea brand launching this spring. He created the company after he was hit by a car while riding his bike. Recovering after surgery, he sought out a natural pain reliever rather than continuing to take prescribed opiates from his surgeon, and found that active hemp extract — which contains CBD — helped him bounce back quickly.

Bailey said since entering this beverage space, he has noticed a building anticipation surrounding such products, comparing this hype to his experience working on the team that launched Red Bull in Canada. “The demand for it is like nothing I’ve ever seen,” he said. According to Bloomberg, analysts at market research group Canaccord Genuity expect the CBD-infused beverage market to reach $260 million by 2022.

Defy co-founder and CEO Beau Wehrle similarly emphasized the product’s potential use as a natural treatment for injuries.

“A lot of the alternatives aren’t a solution, they’re a Band-Aid that might temporarily fix the problem,” said Wehrle. “On the flip side, there are consequences that could impair your health or even worse.”

One of Defy’s primary goals, Davis noted, is to provide an alternative to treating chronic pain and anxiety with addictive painkillers, helping to fight the opioid abuse problem in sports. According to a study by the Washington University School of Medicine in St. Louis, retired NFL players use painkillers four times more than the general population, with 71 percent of these players meeting the criteria for opioid misuse.

“I’m really looking and envisioning that there’s a time when CBD becomes the solution to what they’re already doing right now in professional sports,” Davis said.

Aethics, which markets H20 Balance: CBD Water for Sports, was founded with a similar goal in mind. Co-founders Glenn Dooley and Brad Wyatt, both athletes and coaches, launched the brand in January after noticing a void in the sports wellness space and exploring CBD’s potential as a pain management alternative to prescription and over-the-counter medication.

“We saw a natural solution to address many of the issues that those medications were intended to resolve,” said Aethics general manager Matt Olenski. “And that’s a big part of why individuals gravitate to CBD products.”

Positioning CBD Drinks in the Market

While this nascent category may be generating buzz, hemp-derived sports beverages still remain a fairly new concept for consumers and uncharted territory for companies, and these brands face challenges in the marketplace both in ensuring the quality of their products and educating consumers about how CBD’s effects differ from those of THC.

According to Bailey, OKI purposely did not put CBD in their product due to advice they received from Hoban Law Group, a Denver-based cannabis business law firm. In order to be “compliant with the FDA,” it instead uses active hemp extract, which Bailey claimed to be the “exact same thing.” However, in researching CPG consumer data, it found that public awareness for hemp was even less than that of CBD. He said that the first question people often ask him is if OKI provides a euphoric effect.

“I tell people this feeling of balance, of centeredness, both physically and emotionally,” he said.

For Aethics, the solution to the lack of consumer knowledge is transparency. Aethics gets its name from a fusion of the words “athletics” and “ethics,” with the ethics portion stemming from the company being what Olenski describes as “seed-to-sale.” Five years ago, the company launched Strasburg Pharms, where they grow organic, chemical- and pesticide-free industrial hemp, allowing them to control creation and delivery of their products.

Defy’s founders were also concerned with delivering a quality, THC-free product. “The delta of what I would consider bad CBD and great CBD is exponential,” said Wehrle. “We did extensive due diligence and met with hundreds and hundreds of people to finally find the right partner who can actually deliver what they’ve promised.”

Despite rising interest in CBD’s athletic applications, the NFL, like most other professional sports leagues, has not changed its policies banning athletes from using CBD, despite the World Anti-Doping Association having removed it from its list of banned substances in 2017. However, a few leagues and sports figures have worked to push the ball forward. In June of 2018, the BIG3 basketball league became the first professional sports league in the country to allow its players to use CBD.

Developing Products and Looking Ahead

A possible obstacle to sports leagues’ — and many consumers’ — widespread acceptance of CBD is the lack of scientific research available regarding its health benefits, which has forced brands to conduct their own research to determine the amount of CBD or active hemp extract they deemed an effective dosage for athletes.

“Based upon our research with a number of scientific partners, we’ve identified 20 mg of CBD as the ideal dosage for our beverage due to its anti-inflammation properties for this audience,” said Defy COO Megan Bushell in an email.

After initially settling on a 10 mg dose, OKI later also determined 20 mg of hemp extract would be the most effective amount for its products after conducting consumer research and consulting a doctor on its advisory board.

According to Olenski, the Aethics team arrived at 12 mg of CBD for their water after testing on an audience and themselves. The CBD water even has a dosage on the bottle tracker to provide reference for consumers. For Aethics, taste was also of concern when determining the amount of CBD to use in its unflavored infused water.

“There is a balance between how much CBD you can include in the water relative to the water’s taste and odor, so you want to find that balance between a really clear crisp flavor, especially in a clear water, and the amount of CBD included in the water,” Olensky said.

Wehrle and Bailey both claimed that Defy and OKI are suitable for both pre- and post-workout hydration, while Olensky stated that consumers mostly use its CBD water product for post-workout recovery.

Though these hemp-derived products were formulated to aid athletic performance and recovery, the companies have also expressed interest in proving CBD’s other functional benefits. Olenski noted that, in addition to inflammation and pain relief, benefits of Aethics products include relief from anxiety and insomnia. The brand also sells non-beverage products such as CBD Muscle Rescue Lotion. After the release of its flagship sports drink, Defy plans to release a lifestyle beverage containing less CBD that is focused on “defying your everyday” and “performing in life,” according to Wehrle. OKI plans to lean into an “aspirational lifestyle” aesthetic, Bailey said, with “vibrant” and “playful” marketing campaigns that still focus on educating consumers on the benefits of using active hemp extract.

With Aethics on the market for only a few weeks, and Defy and OKI’s launches coming this spring, it has yet to be seen how the emerging category of sports wellness products will be received by its audience.

Terrell Davis, however, is confident in the potential for CBD. “It is the most transformative ingredient in the last decade.”