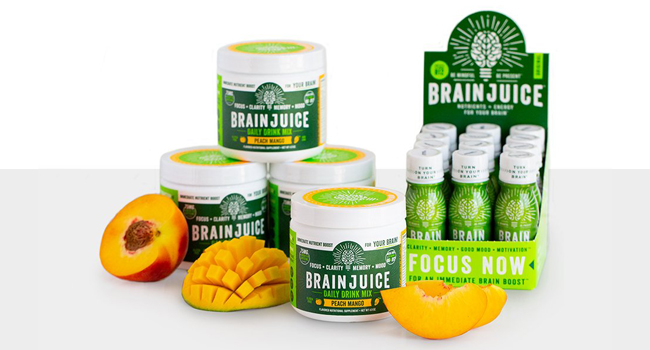 Cognitive function brand BrainJuice saw its retail footprint rise from 150 to nearly 4,000 stores last year, with the shot maker adding Whole Foods Market and more than 1,000 GNC stores this month. The Texas-based shot brand was previously sold in about 150 doors, but has since added retailers including Sprouts, Fresh Thyme, H-E-B, Central Market, Fairway, and Mother’s.

“Last year was more of a proof of concept for us that we could go nationwide and support national brand recognition,” Brain Juice VP of sales and marketing Tony Moy told BevNET. “[2018 has] been a great year for us because not only are we in 4,000 stores, now we have the ability to do four to five facings in the store.”

Founded in 2012, BrainJuice was an early entrant in the nascent nootropic and brain function beverage space. The product’s formula contains B vitamins and green tea extract as well as nootropics that increase focus and memory such as acetyl L-carnitine, L-theanine, and alpha-GPC.

The brand’s retail expansion comes alongside the launch of BrainJuice Active, a pre-workout shot line that features added electrolytes and ingredients that are said to improve blood flow and recovery. Active launches this month as a Whole Foods exclusive with a Pomegranate Acai flavor. Orange and Watermelon flavors will launch later this year. The line retails for $3.99-$4.29 per 2.5 oz bottle.

To further grow the business, Moy said, the company plans to rebrand its core portfolio and add new flavors to that line. The hope, he added, is to continue to expand outside of the natural channel into grocery and mass channels with an aim to triple or quadruple the business.

Hydrogen-infused water brand HFactor has partnered with West Coast distributor Haralambos, with the company predicting it will double its retail presence in the region, according to a December press release.

“Haralambos will be a key partner in contributing to HFactor’s growth,” said CEO Gail Levy in the release. “We are excited they share our passion about our product and that consumers will now have access to the water in even more stores along the West Coast.” 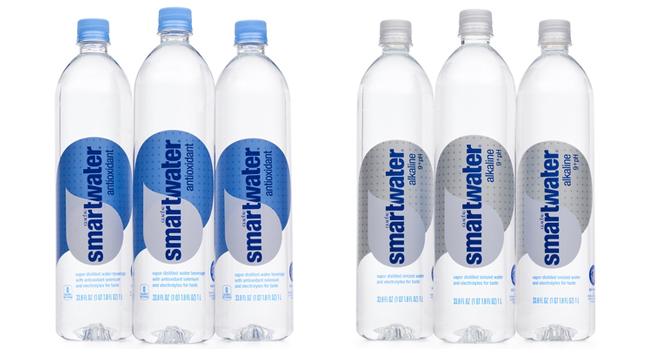 Boxed to Be Exclusive Retailer for Smartwater Alkaline and Antioxidant Lines

The Coca-Cola Company has selected retailer Boxed to serve as the exclusive national retailer for two new Smartwater products, the company told BevNET in an email. The retailer will have a 90 day exclusive on Smartwater Antioxidant and Smartwater Alkaline, which will retail for $16.99 per 12-pack of 1 liter bottles.

Smartwater Alkaline is ionized and has a 9+ pH level while Smartwater Antioxidant features added selenium. Both products are vapor distilled and contain added electrolytes.

“Smartwater appeals to an affluent, millennial audience, which is right in our sweet spot,” said Boxed CEO Chieh Huang in a release. “We’re proud of the speed-to-market we offer brands. We can bring a product online literally overnight and start generating sales, customer feedback and valuable purchase-path data. That’s tremendously valuable for CPGs as they develop and commercialize products more quickly in response to consumer demand.”

According to Boxed, the retailer hopes to build its CPG business in light of reports that Amazon is seeking to cut down on products with high shipping costs and thin margins such as beverages.

“The premium water category is growing at a rapid pace, and we see enormous opportunity to expand the Smartwater trademark with our valued customers,” said Brad Spickert, Coca-Cola’s SVP of Hydration, in a release.

Aloe-infused water brand Detoxwater has entered more than 4,000 CVS stores nationwide as part of the retailer’s Better Inside & Out program, which highlights healthy and better-for-you products. According to a press release, CVS will stock two Detoxwater SKUs: Original (flavored with lychee and white grape) and Peachberry (peach and blueberry).

“We are very thrilled to share all of the health and nutritional benefits of aloe vera to today’s health-conscious consumers by partnering with one of the most prominent pharmacy retailers in the US,” said Detoxwater founder Kenneth Park in a release.

The brand is now available in more than 8,500 stores nationwide, with the company noting it has grown distribution by more than 1,000 percent since it launched in 2016.

Florida-based Gratitude Health announced in November it will partner with Dora’s Naturals to distribute its line of RTD Gratitude Dragon Well Green Tea in the tri-state area.

Gratitude Health is a collaboration between industry veterans including former Attitude Drinks CEO Roy G. Warren, who is serving as CEO, and Inko’s co-founder Andy Schamisso, who is serving as president and COO. According to a press release, the year-old company markets beverages that “support healthy aging” through the addition of antioxidants and polyphenols.

“We now have the best distributor in the natural and organic class of trade,” Schamisso said in the release. “Dora’s has an impeccable reputation and a unique business acumen that comes with years serving a constantly evolving market that ranges from mom-and-pop stores to the very largest supermarket chains.”