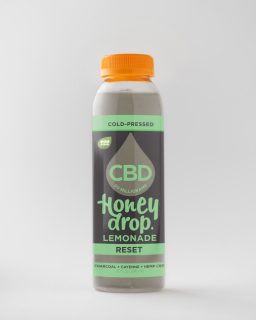 BROOKLYN, N.Y.— Honeydrop Beverages, the leading producer of cold-pressed lemonades, is excited to announce a new distribution partnership with Bayside Distributing of New England. Additionally, the company has partnered with new retailers such as Gelson’s in Southern California as well as Walmart in the Southeast to serve thirsty consumers as summer approaches.

“With summer on the horizon we could not be more excited to expand our cold pressed lemonades to more markets such as Bayside in Boston and with retailers like Gelson’s in Southern California and Walmart in the Southeast. We know our functional lemonades that contain just 4g of sugar from U.S. raw honey will be a hit with their consumers,” said Andrew Lorig, CMO, Honeydrop Beverages. Additionally, the company’s Turmeric and Unicorn SKUs can now be found in Northeast Whole Foods along with their other popular cold pressed lemonades.

Additionally, Honeydrop is excited to announce that it will be launching a fourth SKU to its new line of CBD Lemonades. Made with 20 mg of premium U.S grown CBD sourced by Evo Hemp and a teaspoon of raw U.S. honey, the new “RESET” CBD lemonade also contains just 4 g of sugar per bottle and is a mix of activated charcoal and cayenne pepper. The product will be launching in markets across the country in May.

With the lemonade category expected to grow at 6 percent CAGR over the next few years and the CBD market projected to balloon to over $22 billion in sales by 2022, Honeydrop’s Cold-Pressed CBD Lemonades will provide retailers with a pioneering low-sugar product that contains only a few simple but functional ingredients like cold pressed lemons, matcha, turmeric root and now cayenne pepper.

Honeydrop Beverages’ line of cold-pressed raw honey lemonades contain a teaspoon of raw honey for purifying, and nourishing juices that enrich overall health and well-being. A Paleo certified beverage, Honeydrop’s ingredients, which include U.S. raw honey and supercharged antimicrobial Manuka honey from New Zealand, are of the highest integrity and minimally processed to preserve their amazing health benefits and flavor. Honeydrop Beverages also donates proceeds to to battle Colony Collapse Disorder (CCD), an epidemic threatening the global bee population. Honeydrop’s line of beverages can currently be found at leading retailers across the country, are packed in 6-packs and have a retailer friendly 180 day shelf life. Visit honeydrop.com