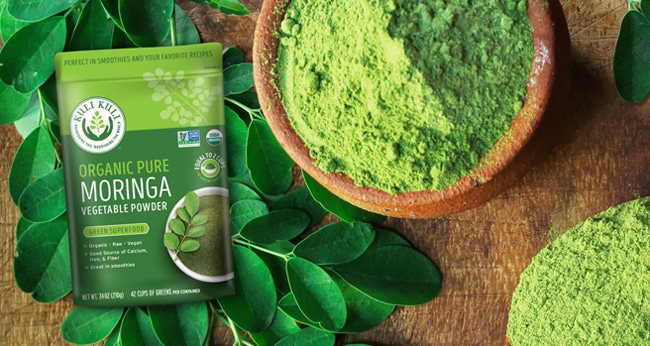 Moringa-based food and beverage brand Kuli Kuli announced yesterday it has raised $5 million in a Series B round co-led by product development company Griffith Foods and previous investor eighteen94 capital, the venture capital arm of the Kellogg Company. The funds will go toward launching a new supplier arm for the company to sell moringa as an ingredient to other food and beverage makers.

Jim Thorne, SVP of global strategy and marketing at Griffith Foods, will join Kuli Kuli’s board of directors. Other investors in the Series B include InvestEco, S2G Ventures, Authentic Ventures, VilCap Investments, Rocana Venture Partners, Portfolia, Astia Angels, Next Wave Impact, and individuals from Golden Seeds.

Speaking with BevNET, Kuli Kuli founder and CEO Lisa Curtis said when the company launched in 2011 there were no established sources for moringa in the U.S. that weren’t contaminated with heavy metals or bacteria. In response, Kuli Kuli developed its own sustainable supply chain of farmers to provide clean ingredients. Since establishing its own network, Curtis said the company has had to repeatedly turn away other food and beverage companies hoping to purchase moringa for their own products.

Since closing a $4.25 million Series A round in 2017, Curtis said the company has tripled in size and has quadrupled its supply chain to work with about 1,300 farmers globally, making the company large enough to accept orders from other brands. This strategic position, Curtis said, is what drew the interest of Griffith Foods, which will work with Kuli Kuli to develop a network of business-to-business customers for moringa as a commodity ingredient. Griffith largely services foodservice customers, processors, retailers and distributors.

“We spent the first four years of our company history struggling to get enough moringa just to supply ourselves,” Curtis told BevNET. “We’re finally at a point where we’ve expanded our supply chain, we’ve invested a ton in helping these small farming groups that we work with scale, and we have more moringa than we need than for just Kuli Kuli. We think we can create a bigger impact and better tell the story of moringa if we partner with other brands.”

The brand’s portfolio includes moringa powders, smoothie mixes, energy bars, bagged teas, and shots. Curtis compared moringa to the rise of other on-trend ingredients like matcha and turmeric. Data from Nielsen shows moringa currently has 3 percent household penetration in the U.S. According to the NEXT Trend database, moringa sales grew 460 percent between 2014 and 2017. Curtis said Kuli Kuli controls more than half the market share for moringa in the U.S. retail market, and by working with other companies she hopes a wave of new innovations from other brands will grow the space.

“We’ve done a good job with telling the story, awareness has absolutely grown,” Curtis said. “But we need moringa to show up in other places within the grocery store and even outside the grocery store. We’re really looking closely at that, so can we get this on the menu at different juice bars? Can work with bakeries who are making matcha cookies but might want to make something with moringa. I think once consumers start to see something everywhere they start to understand what it is.” 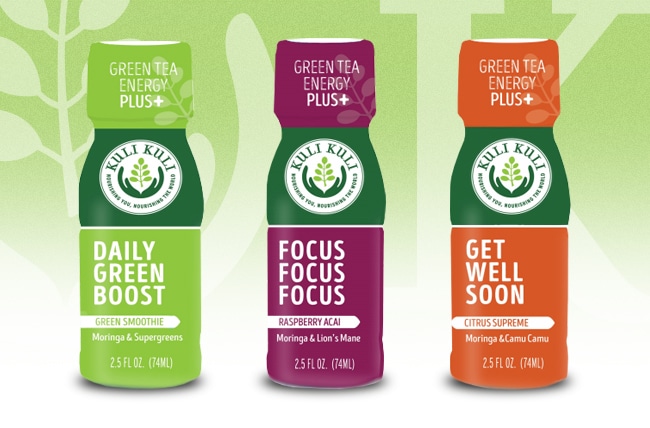 The company will also launch a rebrand of its shots line at Natural Products Expo West 2019 next week. Its current line will be replaced with three new SKUs of “Energy PLUS+” 2.5 oz shots each featuring moringa and green tea blended with other functional ingredients.

Varieties include Daily Green Boost (green smoothie flavor with multigreens), Focus Focus Focus (raspberry acai flavor with lion’s mane), and Get Well Soon (citrus flavor with camu camu). Each flavor contains 90 mg of caffeine sourced from green tea. The shots will sell for a suggested retail price of $3.99. All products are non-GMO and USDA organic certified.

In addition to establishing a supplier arm, Kuli Kuli will continue to scale its own CPG business. The company currently has a retail footprint of about 7,000 stores nationwide. According to Curtis, Kuli Kuli is seeking to add new accounts but the company’s main goal is to go deeper and expand within existing accounts, many of which currently carry just a minimal number of SKUs.

“We really want to get the entire product line into retailers and tell the story of how all our moringa products can contribute to a healthy lifestyle,” Curtis said. “We’re excited to do that, but there’s still a ton of white space and a lot of accounts we know we would do well in but we aren’t in them yet. So we’re working on that front as well.”