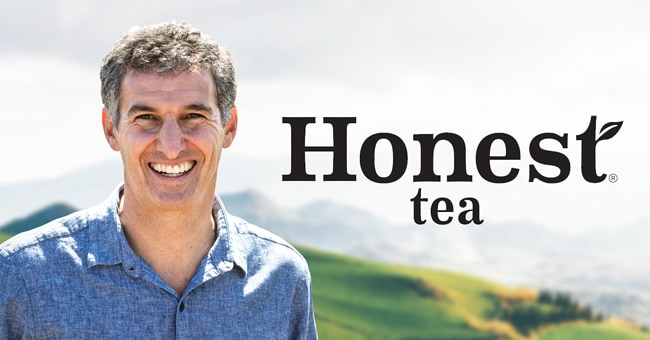 Honest Tea co-founder and president Seth Goldman is stepping away from the brand at the end of this year, he revealed in a statement on Thursday.

Goldman created the brand alongside co-founder Barry Nalebuff in 1998, launching the product in 17 Whole Foods stores in the Mid-Atlantic region.

In 2008, The Coca-Cola Company purchased a 40% stake in Honest Tea for around $43 million. The deal included an option for Coca-Cola to acquire the remaining portion of the company, which it exercised in 2011.

The company has since introduced product line extensions into a range of other categories, including juice, kids drinks, kombucha, sports drinks and coffee. All products are organic and made with Fair Trade ingredients, with the exception of some European SKUs.

“I’ve continued to chaperone Honest Tea, 21 ½ years after I launched the brand out of my home, and 11 ½ years since Coca-Cola became an investor, and then owner of the brand,” Goldman wrote. “But every (good) parent knows when it’s time to let your offspring make their own decisions, and that time has come for me and Honest Tea.”

Reflecting on his time growing the company, Goldman praised Honest’s role in helping “democratize organics,” which he said was best exemplified by the launch of Honest Kids, a low-calorie juice drink that is now offered on the menus of fast-food chains including McDonald’s, Wendy’s, Subway and Chic-fil-A.

“The inclusion of our 35 calorie juice drink on McDonald’s menus in place of the 80 calorie drink that was there before has resulted in the removal of more than a billion calories a year from the American diet,” he wrote.

Post-Honest, Goldman will continue in his role as Executive Chair of the Board at Beyond Meat, which has emerged as a leader in the development of the meat-alternative category. He is helping the brand manage “hyper-growth” and support overall innovation. Goldman also currently serves on the advisory boards of plant-based dairy brand Ripple Foods, the Yale School of Management, the American Beverage Association and environmental non-profit Bethesda Green.

“I wasn’t sure I could ever be as passionate about any other company’s mission as I have been about Honest Tea but Beyond Meat’s impact on diet, environmental impact and the treatment of animals guarantees I will continue to feel purpose in my work every day,” he wrote.

Goldman is also developing a brand new venture in the healthy food and beverage space that will be coming next year, he told BevNET in a separate call.

“I’m still an entrepreneur at heart, and relish the role of being a challenger,” Goldman wrote in the statement. “So it’s time to build something new.”