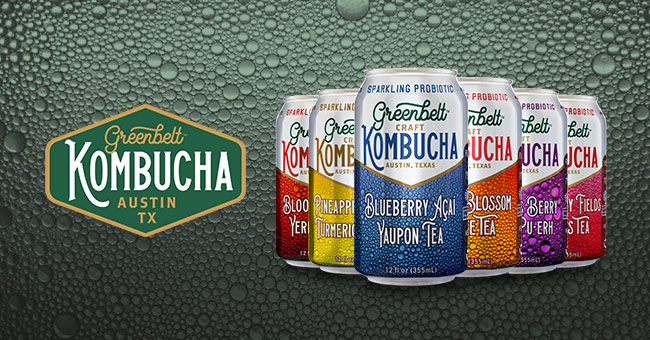 Austin, Texas-based Greenbelt Kombucha launched this week in about 90 Walmart stores in North Carolina, South Carolina, Virginia and Washington D.C. as part of the retailer’s “incubator set” for innovative and emerging brands.

Speaking with BevNET, Greenbelt co-founder Gavin Booth said he had been in discussions with the retailer for the past year. The brand’s four flavors — Peach Blossom White Tea, Blood Orange Yerba Mate, Strawberry Fields Rooibos Tea and Hibiscus Berry Royal Pu-Erh — will be available for $1.75 per 12 oz. can.

According to Booth, the brand will be on shelf at Walmart for at least six months before it is considered for a larger nationwide rollout. In addition to Walmart, Greenbelt has partnered with Ironpath Distributors to grow its presence in retail and on premise accounts in the Carolinas.

“We have awesome capacity to cover not only Walmart but other major retailers in the country,” Booth said. “The second they’re ready for it, we’re ready for an expansion — 3x, 10x, whatever they want to do with our store count.”

Launched last year, Greenbelt is currently available in about 300 retail and office accounts, including 140 H-E-B stores in Texas, which Booth said is the brand’s top account. The company anticipates it will be available in roughly 1,000-1,200 retail doors by the end of 2020.

“When it comes to local targeting, we’re definitely trying to go multichannel,” Booth said. “We’re currently talking to a few other major retailers around the country in a few targeted regions where we think we could have a massive impact with our startup marketing budget.”

Booth added that Greenbelt is working closely with H-E-B to launch two new flavors later this year. He said the new innovation will focus on functional tea bases made with fruit flavors.

The company, which to date has been bootstrapped by its founding team, may also explore outside investment opportunities this year, Booth said. Booth, who is also the co-founder and president of recipe and travel blog Couple in the Kitchen, co-founded Greenbelt with Barrel Creek Provisions co-founders Adam Bluemnshein and Tim Klatt, Rockport Investment Partners founder and managing director Nathan Klatt and Rick Boucard, a team member at Barrel Creek. 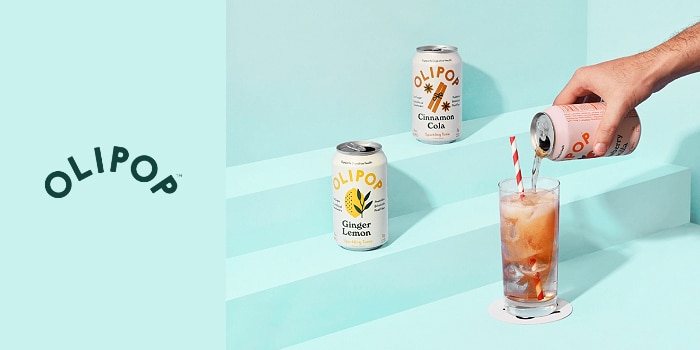 California-based prebiotic beverage maker Olipop has added Wegmans accounts on the East Coast, co-founder and president David Lester announced on LinkedIn last month. Started last year in California, the brand anticipates it will be in roughly 1,800 doors nationwide by the summer.

The expansion comes on the heels of a $10 million Series A round, which closed last month and included investment from Monogram Capital Partners, Rocana Ventures, Finn Capital Partners, Boulder Food Group and Collaborative Fund, Döhler Ventures and Terpsi Capital. In an email to BevNET, Lester said Patrick Finn, founding and managing partner of Finn Capital Partners, has joined Olipop’s board of directors.

“We recognize there is a huge task ahead of us, convincing people to shift from high sugar soda to an alternative that contains fiber and nutrients and supports digestive health,” Lester told BevNET via email. “We will be drawing on every ounce of experience that this group has in the coming years.”

OXIGEN Beverages Inc.,which manufactures a line of oxygenated bottled waters and water shots, has partnered with distributor Big Geyser Inc. to expand its presence in the New York metro area, the brand announced in a press release last week.

“We’re thrilled to partner with such an established distributor who has represented a portfolio of the largest beverage companies to date,” OXIGEN Chief Sales Officer Jeff Seavey said in the release. “A larger presence in the New York market is a natural next step for our brand, and we couldn’t be more excited to lay the foundation with Big Geyser.”

To support its New York expansion, on February 3 OXIGEN launched a “strategic creative campaign” focused on consumer education about the functional benefits of oxygenated water. The campaign includes digital ad buys and was developed by Los Angeles-based agency The Many.

“We’re always looking for innovative beverage companies to add to our portfolio,” said Big Geyser COO Jerry Reda in the release. “As the world’s first and only scientifically-proven oxygen-enhanced water, OXIGEN products are unlike the offerings of any of our previous partners, and we couldn’t be more excited to bring this truly functional beverage to our network of retailers.”

Tama Tea intends to target traditional retail accounts as well as college campuses and restaurant chains. Although the brand has to date been available in regional Southeast distributors, the partnership with UNFI will expand its reach from New York to Florida, according to the release.

“We are thrilled to begin our partnership with UNFI, we have some lofty 2020 goals and they are just the distributor we need to help us reach those goals,” co-founder Rocco Quaranto III said in the release. “We have strategically mapped out the East Coast and what markets we want to hit. We plan to grow quickly, yet methodically, so we can give the proper service and support to all of our accounts as they partner with us.”