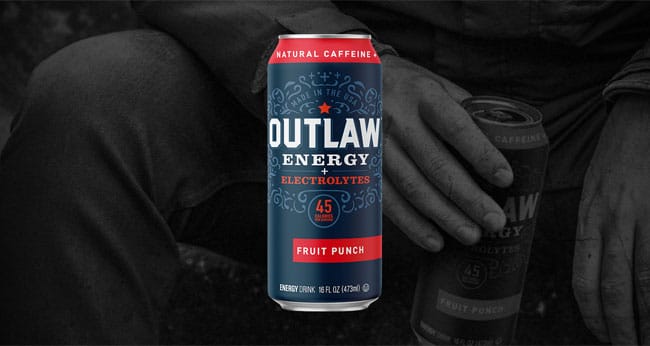 Energy drink maker Outlaw Beverages is shutting down, according to the brand’s VP of sales David Martin.

Martin announced on LinkedIn yesterday that the company had been unable to find outside financing to fund operations. As well, president and CEO Jesus Delgado-Jenkins, who joined the company in October 2018, left his position last month, according to his LinkedIn profile.

“As we at Outlaw Beverage Inc had a fun ride, we unfortunately were unable to raise enough capital to keep our doors open,” Martin wrote on LinkedIn. “I want to personally ‘Thank’ all of you for helping make our short journey a memorable one!”

Reached by BevNET, Martin declined further comment. Delgado-Jenkins did not return multiple requests for comment. An email sent to his company address bounced back.

The company, usually active on social media channels such as Instagram and Twitter, has not posted any updates since last month.

Outlaw was recognizable for its country-western branding that attempted to appeal to outdoors enthusiasts and country music fans. Since 2016, the company has had an ongoing partnership with musician Jason Aldean, who served as a brand ambassador and lent his image to in-store displays. However, the company later moved away from its country focus, launching a rebranded and reformulated line in 2018 which added electrolytes to all products and introduced zero sugar varieties in a move to position itself as a hydrating energy drink.

According to the company’s online store tracker, Outlaw was available in at least 5,600 retail stores nationwide at the time of closing, with much of its footprint located in Michigan, New Hampshire, North Carolina, Oregon and Texas. Speaking with BevNET in October 2018, Delgado-Jenkins said the brand had about 10,000 stores nationwide.

Last year, Outlaw sought a preliminary injunction in the Delaware Court of Chancery to block Collins from launching performance energy drink brand Adrenaline Shoc (A Shoc), claiming that Collins had stolen the brand, design and formula from Outlaw. According to court documents, Delgado-Jenkins and Lance — in his capacity as a shareholder in Outlaw — had been in discussions with 7-Eleven to produce a private label performance energy line to compete with brands like Bang and Reign.