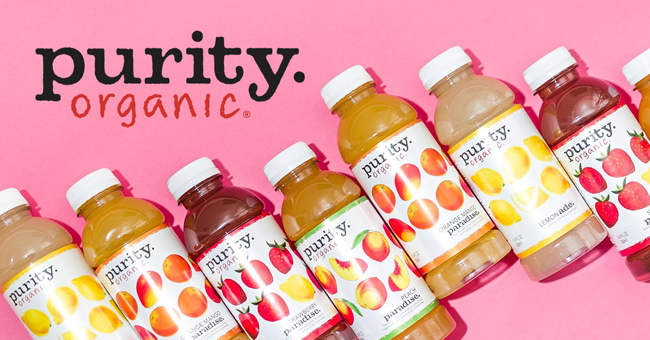 An investor group led by beverage industry veteran Douglas Abrams has taken a majority stake in organic beverage company Purity Organic, the company announced today in a press release. Abrams will assume the CEO role immediately, ending a year of interim leadership under investor First Beverage Group at the San Francisco-based brand. Financial arrangements of the deal were not disclosed.

Abrams was an early investor and board member of KeVita prior to its acquisition by PepsiCo in November of 2016, and is also an investor in bottled water maker Core Hydration.

Abrams also brings with him Doug Weekes, who will serve as a board member and advisor for Purity Organic. Weekes is currently the CEO of energy drink Outlaw Energy and previously worked with Abrams during the launch of Core. Both Abrams and Weekes are members of Denmark-based brand builder Optim Beverage Group, which includes Outlaw Energy and water brand Level in its portfolio, however Purity Organic Marketing Director Bernadette Aguirre told BevNET that Optim is not involved in the investment and that Abrams is working with a separate group for this transaction.

“I believe the essential brand equity of Purity Organic is in place and our team’s cumulative consumer products experience will allow the brand to meet its fullest potential,” Abrams said in the press release. “We are honored to have a lead role in furthering the mission of Purity’s founder, Greg Holzman, to create a preeminent organic beverage company built upon a heritage of high-quality, premium products.”

Since May 2017, Purity Organic had been operating under interim CEO Bob Nakasone, a managing director with First Beverage Group. Nakasone, also a member of Purity Organic’s board of directors, took the role after the departure of company president Dave Minnick and VP of operations Andrew Guard. At the time, Nakasone told BevNET the company intended to find a permanent CEO by the third quarter of 2017.