As the meal replacement beverage category continues to evolve beyond its traditional focus on functional weight control drinks into daily convenience products for on-the-go consumers, brands are now looking towards innovation to fuel growth and attract new consumers.

Last month, four meal replacement beverage makers — Soylent, Keto & Co., Huel and Après — announced new products and brand refreshes that play on rising trends such as brain function, keto and better-for-you functionality. This wave of innovations come as each brand aims to reach new consumers and expand their respective presence in brick-and-mortar retail. While Soylent is currently available in over 17,000 stores nationwide, the three smaller brands have thus far relied on ecommerce ahead of planned launches at U.S. retailers later this year. 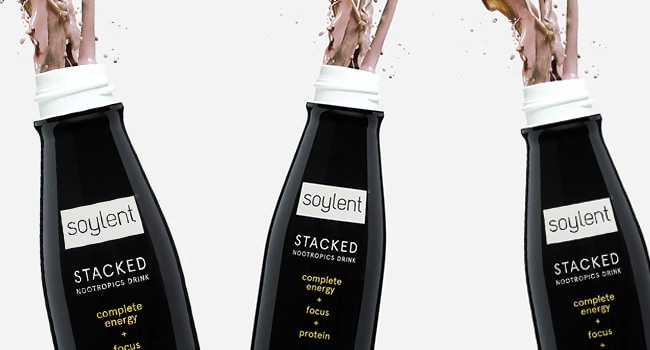 Looking to bring added functionality to its product portfolio, Soylent launched Stacked — a nootropic infused beverage positioned as a better-for-you “complete energy” drink. Each 11 oz. bottle contains 180 calories, 15 g of protein, B vitamins, caffeine, L-theanine, L-tyrosine and Alpha-GPC. The drink, currently available in a single flavor, Chocolate, launched on December 27 online and is available for $30 per 12-pack. It is set to debut on Amazon later this month.

According to CEO Bryan Crowley, while Stacked will likely appeal to Soylent’s core demographic of students, tech industry professionals and “biohackers” who are already familiar with nootropics, the line has the potential to compete with traditional energy drinks.

“What’s really interesting, and it’s what moved this to the top of our list, is that it’s not just the biohackers and the cutting edge group anymore [who are purchasing nootropics],” Crowley said. “There’s been a lot of great work done by companies pushing nootropics, and it is one of those products that in our testing does really well with Soylent’s core customers. Now our goal is to continue to extend our customer base and on that we feel strongly about Soylent Stacked.”

Nootropics have emerged in recent years as a growing, yet still niche, functional ingredient for beverages, with brands such as FocusAID, Kin and Koios aiming to grow the category. But Stacked also builds off of Soylent’s existing product portfolio, Crowley said, as the brand has long used L-theanine in its caffeinated Cafe line to promote focus and avoid crashing.

Crowley noted that, along with mid-calorie beverage Bridge and snack bar line Squared, Stacked also gives Soylent an additional mid-calorie line that consumers can treat as a snack. Though he said Bridge — which launched in January 2019 as an online exclusive product — has not been a focus for Soylent over the past year, the brand has increasingly sought ways to fill daily “food voids” by offering consumer a range of options from the core 400 calorie meal shakes to the 100 calorie bars.

Squared will play a larger role in 2020, Crowley said, with an updated version of the line slated for launch in the first quarter.

“We are in talks with retail partners who see this as an opportunity to provide more plant-based alternatives in their nutrition sets,” Crowley said of Squared. “I think it’s been a real success story and it started with the team really focused on launching this thing in an innovative way.” 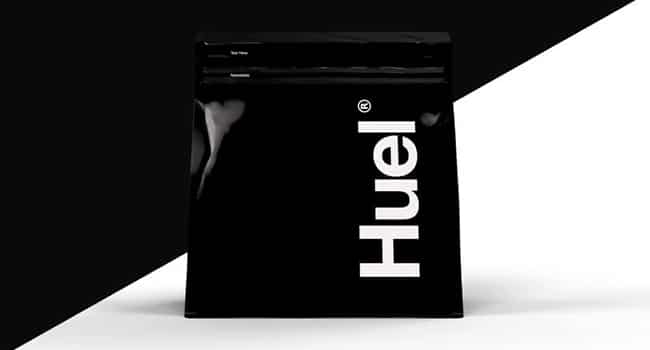 Soylent isn’t the only meal replacement brand planning to increase its focus on bars in 2020. Alongside a new powdered version of its flagship shake, U.K.-based Huel launched its Complete Nutrition Bar line last month into the U.S. market with Chocolate and Salted Caramel flavors.

Speaking with BevNET, Huel CEO James McMaster said the company held back on launching its bar line in the U.S. while developing a separate supply chain. While the products are currently only available online, McMaster said the bars, along with its ready-to-drink meal shake line, will help Huel roll out into brick-and-mortar retail in the U.S.

“Before, we didn’t have the infrastructure, the capacity or the team to meet demand,” he said. “But we’ve been building up our team and manufacturing to handle the wider channel mix rather than relying on Huel.com only.”

According to McMaster, Huel has not yet identified which retail channels it will focus on, but it intends to use online sales data to target geographic regions where the brand over-indexes, including New York and Chicago.

In addition to complete nutrition bars, Huel has also introduced a reformulated “3.0” edition of its main powder product and a new keto-friendly, low carb Black Edition, which includes higher protein and fat content without artificial sweeteners.

“Black Edition is a different type of move for us,” McMaster said. “As we’ve gotten bigger, it’s been the want of some customers to have more flexibility and cater to different nutrition and lifestyle goals.” 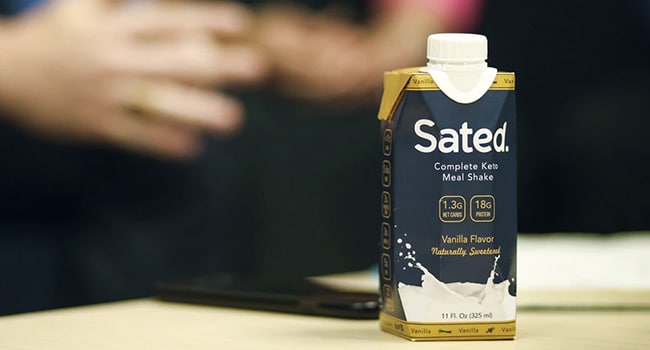 Speaking with BevNET, founder and CEO Ted Tieken said the company had intended to launch its RTD line in November 2018, but repeatedly struggled to secure an aseptic packaging line. However, the hold up may have been a blessing in disguise, Tieken said; The company used the downtime to refine the formulation, during which the popularity of the ketogenic diet continued to rise.

“Grocery buyers have really only in the last nine months figured out that keto is something they need to pay attention to and a lot of buyers still don’t even know about it,” Tieken said. “We hear ‘I don’t know if keto is here to stay, if I need to give it a set.’ But a couple of smaller chains are starting to make bets.”

Sated is currently available online through the company’s website and Amazon. According to Tieken, the company is closely monitoring sales through January 31 before deciding whether or not to move forward with a brick-and-mortar rollout. However, if Sated hits certain marks during the test period — including strong Amazon reviews and evidence of repeat purchase intent — the company has already lined up retailers to bring on the RTD line during Q2 category resets.

“A failure on shelf is the most expensive failure in the world,” he said. “A failure on the internet is actually quite cheap and if we aren’t perfect we want to reformulate before we pay to get the space on the shelf.” 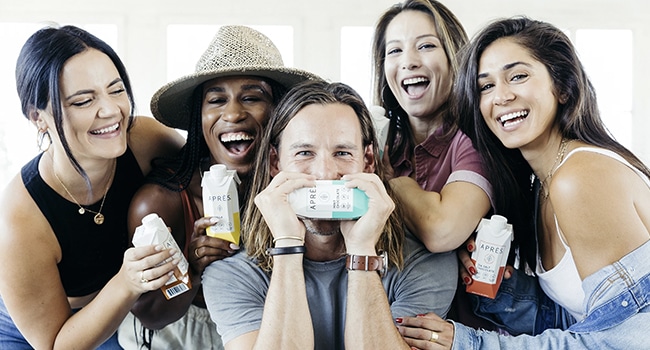 Huel and Sated aren’t the only brands preparing for a retail debut. In December, California based startup Après announced new packaging as part of a brand refresh leading up to a brick-and-mortar expansion this year. Though the drink is positioned as a 150-170 calorie “snack” rather than a full meal replacement, Après has sought to attract a millennial female consumer base with functional shakes that include 14 grams of plant protein, MCTs and electrolytes per 11 oz. bottle.

Après co-founder and CEO Sonny McCracken told BevNET that the company intends to target natural channel stores in California and New York. The brand, which launched in 2017, has to date been available online via direct-to-consumer and Amazon and in about 500 fitness and boutique retail accounts.

“Direct-to-consumer was a wonderful learning experience for us,” McCracken said. “It provided us an ability to figure out who our customer actually is versus who we thought it was going to be and understand what people liked and did not like about the formulation itself so we could continue to make tweaks and improvements. The long term trajectory for the brand was always going to be to scale this thing through retail.”

According to McCracken, the expansion follows a new funding round led by returning investor Rocana Ventures, with additional financing from Stray Dog Capital, Semillero Ventures and Black Jays Investments. Terms of the deal were not disclosed.

McCracken said the round was Après’ largest financing round to date and serves as an extension of its 2018 $1.1 million seed round.

“We’ve really brought together a good group of institutional backers to not just provide capital into the business but who can really accelerate what we’re doing,” he said. “We’re getting people around who can help, who have the connections to broader extended networks and who can be advisors to the business moving forward.”