Despite this week’s sudden postponement of one of the year’s biggest industry trade shows, BevNET has still got you covered for the latest news and stories from around the beverage world. In the first of a series of news briefs, we examine how DRY Soda is reintroducing itself as DRY Botanical Bubbly, positioned as a non-alcoholic alternative for “celebration occasions.” We also explore new cold brew innovations from illy and Rise Brewing Company (including tea). 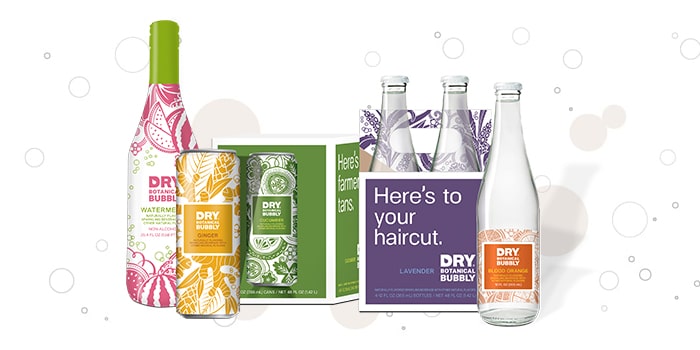 In a move to differentiate its products from sugar-free sparkling waters, DRY Soda Company announced last week it has rebranded its flagship line of craft sodas as DRY Botanical Bubbly.

Founded in 2005, the company previously changed the brand name of its soda line to DRY Sparkling in 2015. Speaking with BevNET, DRY founder and CEO Sharelle Klaus said the new name is intended to better define DRY as a non-alcoholic alternative intended for “celebration occasions” and will help differentiate the brand from both craft sodas with high sugar content and sugar-free sparkling waters.

“The whole mission behind this company is to provide social drinking for everyone,” Klaus said. “What’s interesting to me is I’ve been beating this drum for [non-alcoholic beverages] over the last 15 years, but now there seems to be a cultural shift happening in the country around drinking. People are being much more mindful of their alcohol consumption, alcohol sales are down and millennials are referring to themselves as the ‘Sober Generation.’”

Klaus said that the company is looking to emphasize the word “botanical,” noting how DRY was an early adopter of current popular botanical flavors and ingredients such as lavender and juniper berry when the brand launched 15 years ago. As well, she said, the word “bubbly” positions the product as a potential alternative to champagne and wine.

In addition to the name change, DRY has redesigned its product labels to feature floral patterns created by artist Catalina Estrada. The brand’s multipacks also feature slogans using the phrase “Here’s To…” to emphasize a use occasion around celebrations both large and small.

“When we talk about celebration, we mean all celebration occasions, even daily ones like ‘It’s four o’clock and I got all my emails done’ or ‘It’s eight o’clock and I got the kids to bed and the homework is done,’” said Klaus. “We wanted to make sure we were getting that piece across.”

The new packaging will roll out to stores in May. To support the launch, DRY will use social and digital marketing campaigns as well as experiential marketing events. In December, the company invested in Austin, Texas-based sober bar company Sans Bar and is currently participating in a 15-city tour opening pop up locations. As well, Klaus said she is engaged in a listening tour to meet with various sober communities around the country to learn more about different kinds of sober lifestyles. The company is also developing “zero proof” cocktail recipes and has focused on the “Dry January” movement to promote the brand.

“Our mission is not just about DRY, but about the whole [alcohol alternative] category,” she said. “So this is an experiential thing and we’re excited to be allied with sober and sober curious communities.” 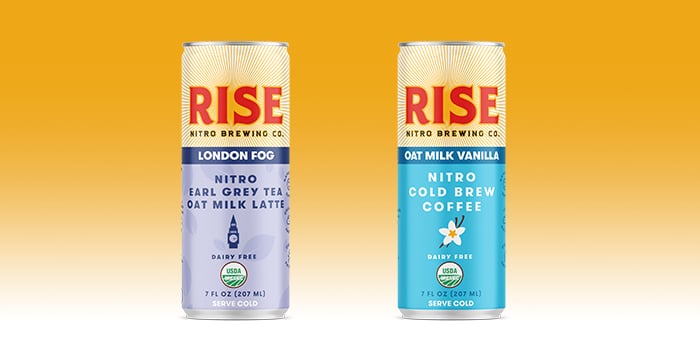 The line extension, which was slated to launch at Natural Products Expo West 2020 this week, is certified organic and will be available in 7 oz. cans. In addition to the tea, the company has also added a Vanilla Oat Milk latte to its existing nitro-infused cold brew coffee line.

Speaking with BevNET, RISE co-founder and CEO Grant Gyesky said the London Fog SKU came at the request of his wife, who is not a coffee drinker and had been asking for the company to create a tea line for several years. Gyesky noted that the new product was relatively easy to produce as many of the brand’s coffee importers also sell tea. As well, he noted that many of the coffee buyers for major retailers also handle tea, making the product an intuitive add-on in new and existing accounts.

“As a category, oat milk has been really heavily focused on coffee,” Gyesky said. “So tea drinkers, if they’re mixing it on their own they can certainly use oat milk but in the RTD sector they’ve had no access to oat milk.”

Gyesky said he believed the oat milk category has “been validated” by the the influx of brands entering the market and noted that RISE, which produces its own oat milk in-house, is poised to grow as an early adopter of the trend.

The new products come as the company is preparing to scale nationwide. According to Gyesky, RISE doubled its revenue from 2018 to 2019 and now has 32 full time employees, up from 15 last year. As well, the brand has added new retail accounts in the last few months including Kroger, King Soopers, Earth Fare, The Fresh Market, Super King and Safeway. The company will also expand into two new Whole Foods divisions — Mid-Atlantic and the Pacific Northwest — in the coming weeks, as well as new activations in Food Lion and Southeast Grocers. 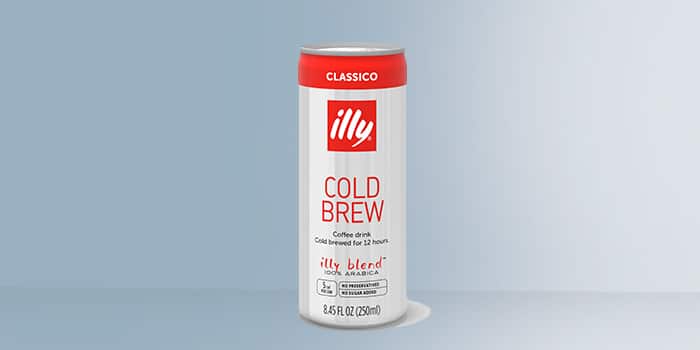 For Italian coffee brand illy, ready-to-drink products are just one arrow in a full quiver. The family owned company has interests across the coffee category, from wholesale bean sales to espresso machines to retail cafes. Within that mix, the company’s newest ready-to-drink release — a shelf-stable canned cold brew in a 8.45 oz. slim can — has a specific role to play.

“I see it as a platform that’s really two-fold: to bring new users into our franchise and to introduce a new usage occasion for our existing consumers,” said Barry Sheldon, president and COO at illycaffé North America.

Illy’s cold brew joins a RTD product lineup that currently includes five varieties of cold “espresso style” coffee drinks: caffe, caffe unsweetened, caffe latte, cappuccino and mochaccino. Made from illy’s signature blend of 100% Arabica beans and cold brewed for 12 hours, Sheldon said the company didn’t explore variations on the traditional preparation — such as adding nitrogen — and opted to focus on creating a high quality, dairy free product. The suggested retail price will be $3.49. The product will be distributed by New Age Beverages, which acquired brand licensing and distribution rights for illy’s ready-to-drink products (itself once a partnership with The Coca-Cola Company) via its purchase of Brands Within Reach last year.

For a younger consumer who prefers cold coffee over hot, cold brew will serve as “the first handshake” with illy, according to Sheldon. Beyond the drink itself, he said the brand has plans to make inroads with the demographic through several different avenues, including partnering with Live Nation to sponsor BottleRock Napa Valley, a three-day music festival hosted in Northern California’s wine region this May. He also noted that illy’s credentials as a environmentally responsible brand has the potential to resonate with millennial audiences; last month, the company was named one of the world’s most ethical companies for the eighth consecutive year by the Ethisphere Institute, one of six winners in the Food, Beverage & Agriculture category.

“These are the types of stories we’d really like to get out to everyone who drinks our products,” he said. “It’s really one of the best untold stories in consumer packaged goods about what the illy family has done for nearly three decades. Another reason why I’m excited about the launch of cold brew is because it’s bringing a new consumer into our franchise learn about this great story.”