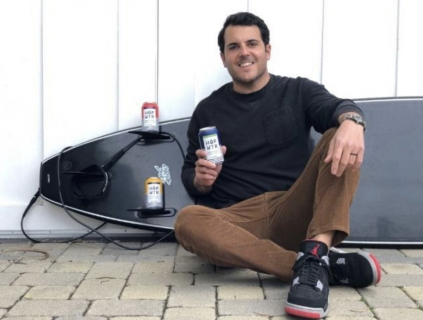 Since leaving his formal role at Anheuser-Busch InBev where he served as Partner and Sr. Director of Category Management covering the United States for the C-Store, Package Liquor and Military channels with over a 60-person direct team that covered nearly $10 Billion in retail sales, he’s stayed in close connection with the world’s largest brewer launching start up brands under their ZX Ventures umbrella.

Prior to joining AB InBev, Vartanian held executive and leadership positions at The Hershey Company and PepsiCo. Vartanian left his role at PepsiCo North American Nutrition covering the Western US to join KeVita where he helped the brand triple in sales over a two-year period on its way to acquisition back to his previous employer PepsiCo. “Having the opportunity to learn the emerging beverage space during a very critical time in KeVita’s history will always be a cherished memory. I was able to rip the band aid off so to speak and help us sell the very first kombucha of any brand into the C-Store channel within both the US and Canada, expand into QSR, launch e-comm, Military channel, Foodservice, and many other first category leading opportunities for the brand not to mention keeping a close eye on the core natural channel and conventional grocery businesses.” Vartanian said he enjoys working with passionate founders which led him to rejoin Bill Moses as he was looking to launch Flying Embers, joining as the only full-time employee from either the sales or marketing departments that also worked on KeVita. “I’ve had the unique ability to launch emerging brands in blue ocean categories, launching our first distributor with Bill in SoCal and selling at 5am sales meetings across multiple divisions sharing what a hard kombucha is to many who had never tried the traditional non-alc version and flying to Austin with him to be the first hard kombucha brand to ever present to Whole Foods Market HQ. Creating the shelf of the future is something that I’ve always prided myself on throughout my career.”

“David has a proven record of leading both emerging brands and large strategic companies across sales, strategy, and category functions. Having launched new categories into retailers for the first time across North America as well as navigating how to grow large established categories his background was an ideal fit,” Taranto said in a press release. “I couldn’t be more excited to have David be a part of the team and know that his passion and work ethic will help lead HOP WTR to the ambitious goals we have set for the brand.”

Nick Taranto is no stranger to the startup world creating and co-founding the United States’ first ever meal delivery service in Plated which he exited to Albertson’s in 2017 for $300M. He created what is now a multi-billion-dollar category today within the home meal delivery service.

HOP WTR is currently available today in Classic, Mango, and Blood Orange with an additional flavor in Lemon Lime coming to market shortly. The brand is currently available in Erewhon and other select natural grocery accounts within SoCal as well as online through its own website hopwtr.com and Amazon. “The response has been incredible thus far and consumer demand is driving rapid expansion plans. We are seeing a multi-million dollar run rate online as consumers are looking for the next functional beverage that reminds them of their favorite hoppy beverage.”

The brand was the #1 selling new beverage in Erewhon during the month of November last year and major retailers have been mutually reaching out to us just as we have been to them, said Vartanian.