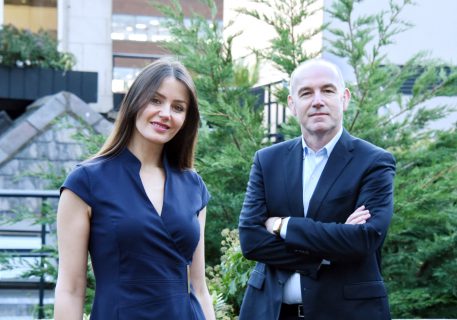 Dublin, Ireland, October 28, 2016 – Nuritas, the Irish biotechnology and R&D company, today unveils details of a scientific breakthrough which is being hailed internationally as a game-changing opportunity in the fight against the global diabetes epidemic.

The identification by Nuritas of a scientifically validated and patent-filed peptide represents a major breakthrough in the battle to prevent Type 2 Diabetes. This revolutionary ingredient, sourced from nature, carries the potential to prevent pre-diabetic patients developing diabetes. Currently, there is no proven medical or other treatment that can be recommended for pre-diabetics to help prevent their progression into diabetes.

The EU’s Horizon 2020 funding will now unlock a total of over €3 million for Nuritas to support the final stage of its research and the commercialization of what would be a world-first development in diabetes prevention. This will include a series of Irish-based clinical trials being rolled out over the next 18 months. Pending regulatory approval, Nuritas will have its new peptide integrated into functional food products and available on the market as early as 2020.

The World Health Organisation has declared diabetes to be a global epidemic affecting 422 million people, with 1.5 million dying in 2012 alone. 9 out of 10 sufferers have Type 2 diabetes and a staggering 1 in every 3 adults over 30 in England are now classed as pre-diabetic.

Nuritas CEO, Emmet Browne, said: “This is a hugely important validation for Nuritas and our use of cutting-edge artificial intelligence driven technology to transform the future of disease prevention and food around the globe. While we have a rich pipeline of similar breakthrough peptides, all found from natural sources with amazing scientific potential, diabetes prevention now becomes Nuritas’ first important area of focus, with many more to follow.

This peptide carries huge potential to bridge an enormous gap in medical science and act as a major weapon in the global battle against diabetes, now recognized as a full blown epidemic.

This is the essence of why Nuritas exists and we are delighted that after significant and deep consideration, the EU has demonstrated such faith in Nuritas’ ability to tackle this huge global issue.”

Nuritas Founder Nora Khaldi said: “I have always believed data powered by artificial intelligence (AI) could prevent and cure all diseases. This EU grant, for just one of our many peptides, delights me as it validates the reason for establishing Nuritas. It will also allow us to accelerate the delivery of this peptide to a world that is in great need of a pre-diabetes solution. Because diabetes is usually irreversible, prevention strategies are now recognized as the realistic hope for epidemic control into the future.”

The significance of the Nuritas breakthrough has also been hailed internationally in the medical community as there have been few advances made in preventative solutions aimed at pre-diabetic patients. Renowned clinician Dr Lawrence A. Frohman, Professor of Medicine Emeritus at the University of Illinois at Chicago College of Medicine states: “Prevention is globally accepted as key in the fight against the epidemic of diabetes but we have not seen anything to date to fill this role. The Nuritas clinical studies represent an exciting venture and brings new hope in developing this important field of disease prevention.”

Nuritas has also recently opened a US office based in San Francisco. Its peptide pipeline is recognized internationally as having significant future applications across a range of sectors including Pharmaceutical, Functional food, Healthcare and supplements.

Nuritas is revolutionizing the discovery of novel, natural and scientifically proven active ingredients that can promote, manage, and improve human health.

The company’s disruptive computational approach to discovery uses artificial intelligence, deep learning and DNA analysis to, for the first time ever, rapidly and efficiently predict and then provide access to the most health-benefiting components hidden within food called peptides.

The company has received global recognition for the impact its innovative technology will have on the future of health. This includes winning the overall Innovation Award at the Forbes Reinventing America Summit in 2015. This highly selective competition run by Forbes magazine aimed to identify the company most likely to solve the food and wellness challenges of the 21st century. In October 2016, Nuritas was the winner of the Nutrition Capital Network Venture event, which recognized them as 2016’s most innovative new ingredient company. This award was made at Supply Side West which attracts over 14,000 trade and medical visitors to the world’s leading ingredient and solutions congress.

The Irish government also chose Nuritas as the sole representative of national innovation for the 2015 EU SME Summit. In turn, the EU Commission further recognized the company in 2016 for its revolutionary work by selecting it as one of Europe’s top 10 most innovative start up companies.

About Horizon 2020 funding:
Horizon 2020 is the financial instrument implementing the Innovation Union, a Europe 2020 flagship initiative aimed at securing Europe’s global competitiveness. Horizon 2020 is the largest EU Research and Innovation program to date with nearly €80 billion of funding available from 2014 to 2020. It promises more breakthroughs, discoveries and world-firsts by taking great ideas from the lab to the market.

This project has received funding from the European Union’s Horizon 2020 research and innovation program under grant agreement No. 738846

The information in this press release reflects only the author’s view and the European Commission is not responsible for any use that may be made of the information it contains.