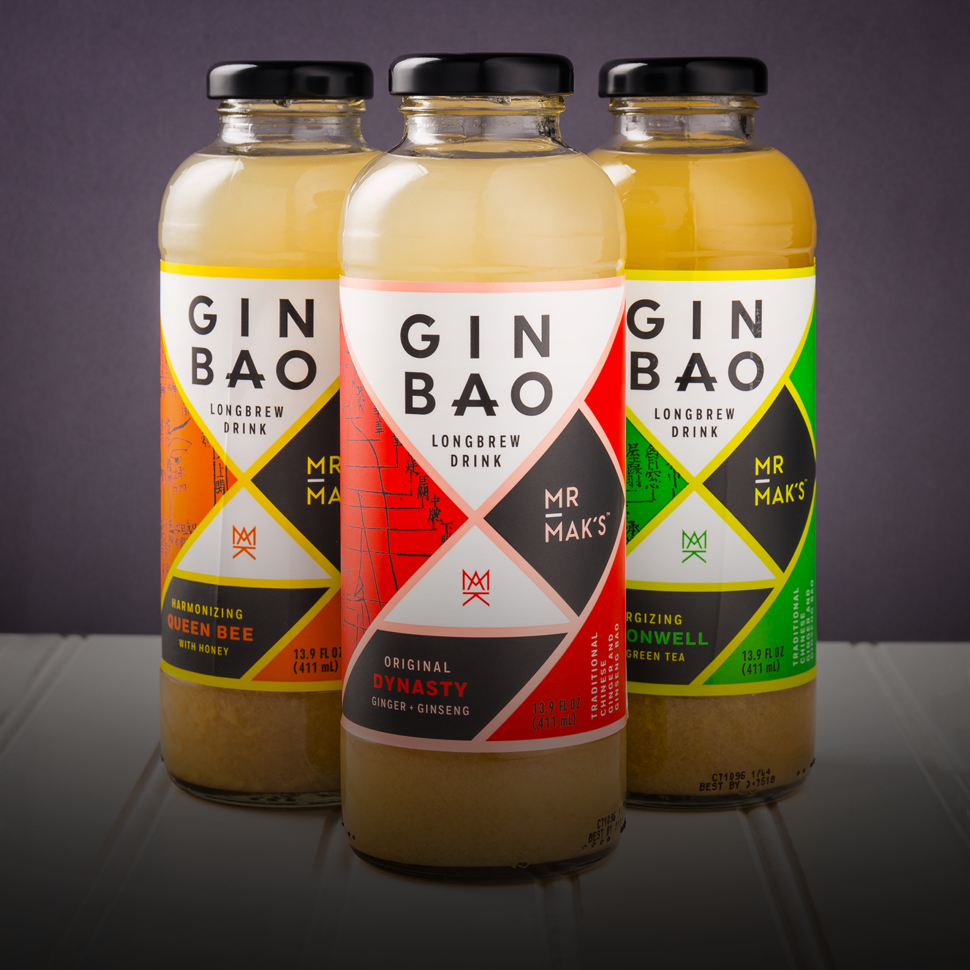 Mr. Mak’s Ginbao is this new company’s take on an Asian ginger bao (broth) that is delivered in ready to drink form. The product comes in three flavors, Original Dynasty, Dragonwell, and Queen Bee, each of which is packaged in an attractive looking 13.9 oz glass bottle.

Inside the the bottle, the core of each of the three flavors is an intense blend of organic ginger (puree and extract), organic ginseng, and organic lemon puree. In the original flavor, this is the entirety of the formulation, which is somewhat fierce. There’s a very hefty dose of spicy ginger, which leaves a lingering burn behind. It has no added sugar and is devoid of any sweetness, which, on the positive, keeps the calories at only 40 per bottle. While it’s good, it’s a bit too one dimensional.

From there, they have two flavored varieties: Dragonwell and Queen Bee. Dragonwell adds organic green tea extract, but this seems to have minimal impact on the flavor. And more importantly, it doesn’t impact the sweetness, which makes for a similarly intense experience to that of the original. Queen Bee, on the other hand, adds organic honey. This adds a very subtle level of sweetness, with the product having 70 calories and 9g of sugar per bottle. But it is, at least in our opinion, a much needed addition to the product. It’s definitely our favorite.

The design of the label is one of the product’s stronger attributes. It’s visually appealing and catches the eye, with nice choice of fonts and color. However, it’s not really clear what the product is. The term “longbrew drink” is something that is new and unfamiliar and we feel as though they need to better communicate the product’s spicy flavor profile.

However, the bigger issue for us is the choice of flavors. Specifically, we are concerned that having unsweetened offerings isn’t really the right approach. Queen Bee seems like an appropriate “Original” formulation, but the other two seem too strong to really have anything more than niche appeal. Pairing it with a touch of sweetness and flavor seems like a straightforward solution.

Overall, we appreciate the concept of Mr. Mak’s Ginbao, but the execution, particularly with the flavor lineup, feels like something that will hold it back from being a success.