Diageo has agreed with Casa Cuervo the acquisition of full global ownership and control of Tequila Don Julio and the early termination of Casa Cuervo’s production and distribution agreement for Smirnoff in Mexico. In return, Diageo has reached an agreement to sell Bushmills to Jose Cuervo Overseas. The transaction will result in a net payment of $408 million to Diageo upon completion, which is expected in early 2015 subject to certain approvals.

The transaction is expected to be economic profit break-even in year 3 assuming a WACC rate of 9%. Assuming completion of the transaction in early calendar 2015 and the use of the net proceeds to reduce debt at Diageo’s average rate of interest, the transaction will dilute eps by 0.6% in the year ending 30 June 2015. 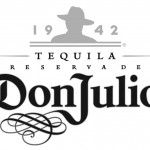 ‘This transaction delivers two key objectives for us. We have secured our position in the growing super and ultra-premium segments of the tequila category and further strengthened our global footprint by expanding our leading position in Mexico where the growth of spirits has great potential.

Diageo has realised this opportunity through the breadth and depth of our portfolio. It delivers our strategy: to build our presence in the world’s fastest growing markets and lead the industry in the biggest growth opportunities. I am delighted we have reached this agreement.’