January 15, 2015 – New Orleans. Atelier Vie, home of Real New Orleans Spirits, is pleased to announce the appointment of International Wine & Spirits, Inc., Louisiana, as their wholesale distributor for the state of Louisiana.
“This change in our distribution partner enlarges our Louisiana distribution area to the entire state,” said Jedd Haas, President of Atelier Vie. “We’re excited to work with International and look forward to people in every part of Louisiana being able to discover our spirits,” Haas continued. 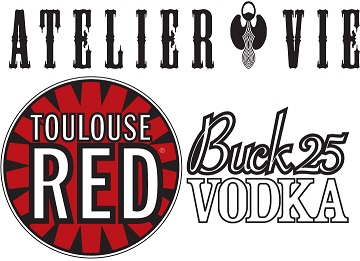 “Atelier Vie has spirits that are amazing and delicious. We’re looking forward to bringing this taste of New Orleans throughout the state,” said Floriano Taviani, Vice President of International Wine & Spirits. “Our portfolio includes many carefully selected boutique spirits from around the world; we were intrigued to finally add a local spirits brand which complements our list,” added Taviani.

Inspired by our renowned culinary culture, Atelier Vie creates flavorful new spirits in one of the greatest drinking cities of the world.