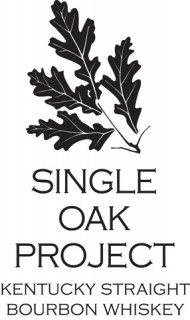 The project consisted of bottles from 192 barrels released every three months in increments of twelve 375ml bottles over the past four years. Seven different variables were studied over the course of the study: recipe (wheat or rye); entry proof (105 proof or 125 proof); stave seasoning (six months or 12 months); grain size (tight, average, or coarse grains); warehouse (concrete floor or wooden rick floor); char number (number three or number four char); and tree cut (top or bottom half of the tree).

This final of the 16 releases offers a variety of all of the above variables, which should prove to be a treat for those following along over the years, or even those who’ve just begun to taste and rate these unique bourbons.

“This last release has quite the variety of bourbons. We’ve got some wheat and rye recipe, both the 105 and 125 entry proofs, all three grain sizes represented both types of warehouse floors, and oak from both the top and the bottom of the tree.  The only consistencies in this release are the stave seasoning at six months and the number four char,” said Kris Comstock, bourbon marketing director. “The diversity provides a good starting point for those who aim to learn how these different nuances affect the taste, or for those current participants who want to taste test what they have learned so far.”

Comstock is referring to the website www.singleoakproject.com, in which participants can join and review Single Oak Bourbons they have tasted. After each review, members are availed the provenance of the bourbon in which they just appraised. This allows tasters to gain insights into how each variable imparts different taste characteristics and determine which type of bourbon they prefer.

“There is a very thin margin between the top rated bourbons so far, and it’s also possible that a bourbon from this last batch could come in and upset all the rankings. We’re still far from determining a winner,” added Comstock.

The Single Oak Project is part of an intensive research project Buffalo Trace Distillery started conducting in 1999 by hand picking 96 trees with different wood grains and then dividing them into a top and bottom piece, yielding 192 unique sections.

For eight years the Distillery continued with its tracking process, creating intricate databases and coming up with a potential of 1,396 tasting combinations from these 192 barrels!