The “Sound of Smoothness” campaign: 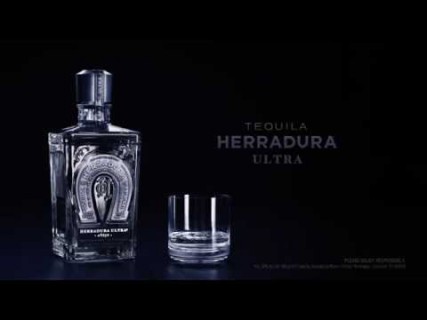 “Ultra is a Tequila for people who love the night life. Music, rhythm, light, excitement,” said Joel Arbez, Executive Creative Director at GREY Canada. “So what we wanted to do was bring that whole vibe together with the product itself, and cymatics was the perfect way to do it.”

Media: View “Sound of Smoothness” campaign video here and check out behind the scenes footage here.

About Tequila Herradura Tequila Herradura is an ultra-premium 100% agave tequila crafted by Casa Herradura in Amatitán, Jalisco, the last true Tequila-producing hacienda on the planet and one of Mexico’s most historic and renowned Tequila producers. Since 1870, Casa Herradura has been hand-harvesting and estate bottling 100% agave Tequila using only the most mature blue agave and artisanal methods, such as slow cooking the agave in traditional clay ovens and using natural fermentation. Tequila Herradura is distilled twice and aged to perfection in American white oak barrels. Herradura Silver, Reposado, Añejo, and Selección Suprema Extra Añejo are available throughout the U.S., Mexico, and more than 80 other countries around the world. For more information about Tequila Herradura, visitwww.herradura.com/ or connect with Tequila Herradura on Facebook, Instagram and Twitter.

Tequila Herradura Ultra is the marriage of Tequila Herradura Añejo and Extra Añejo barrels with a crystal clear finish and a hint of agave nectar that delivers a ‘beyond smoothness’ taste. Ultra is available at an SRP of $59.99 in select U.S. markets.

GREY Canada is an office of GREY, the advertising network of GREY Group. GREY Group ranks among the largest global communications companies. Its parent company is WPP (NASDAQ:WPPGY). Under the banner of “Famously Effective Since 1917,” the agency serves a roster of blue-chip clients of many of the world’s best-known companies including Post Foods, GSK, Volvo, P&G and Brown-Forman as well as working with leading not-for-profits including Moms Demand Action for Gun Sense and Ovarian Cancer Canada. GREY Canada was a 9 Lion winner at Cannes last summer, took home the CASSIES Grand Prix award for advertising effectiveness last year for the second time in three years and just recently won the North American Grand EFFIE for effectiveness in advertising. (www.GREYcanada.com)