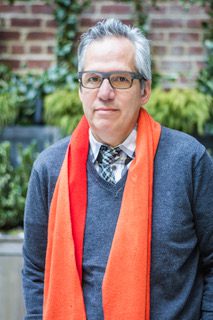 Stone has been a marketing consultant for Kimo Sabe Mezcal for the past year and an investor and trusted friend of the brand for the past two years, which will make the transition seamless.

“Randall is a renown brand builder, having conceived of and spearheaded brand and experience development for some of the most iconic beloved and recognized companies in the world including Disney, Samsung, Hyatt and Audi. He has already helped us shape our brand positioning as an advisor for the past year. We are thrilled to have him join the Kimo Sabe Family full-time to spearhead our marketing initiatives and rapid expansion plans,” said Jim Walsh.

Randall Stone has been designing and innovating customer experiences for over 30 years. He has had success with global brands such as Samsung, BMW, Disney, and many more to discover new opportunities to engage consumers and uncover additional avenues for growth. He was chief experience advisor to Hyatt Hotels for almost a decade, developing five of the hospitality groups brands and end-to-end guest experiences.He has notable contributions to the design and marketing community. In 2010 and 2012 he was named to DDI Portfolio Awards’ annual list of top “retail design influencers.” He is currently on the editorial board of VMSD magazine and has spoken at SXSW, Rhode Island School of Design, Harvard, IRDC, Globalshop and POPAI Brazil. Randall has been featured in The Wall Street Journal, Advertising Age, ABA Journal and Newsweek, among many other publications.

Said Randall Stone, “As an investor and Trusted Friend of Kimo Sabe for more than a year, what attracted me from the beginning was the quality, consistency and integrity of the product and the people running the company. The time for Mezcal has arrived and Kimo Sabe is perfectly positioned to become the top selling and most admired Mezcal in the United States within a very short time.”