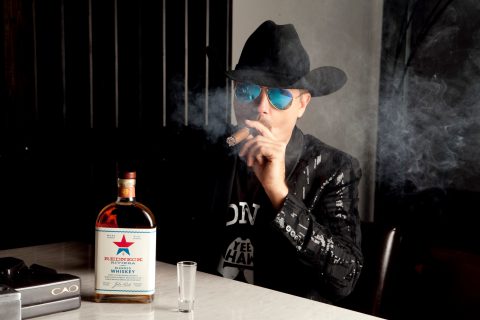 The geographical territory in which Redneck Riviera Whiskey is now available for ordering through RNDC spans the entire Gulf Coast and North Carolina. This region has a population of approximately 80 million. RNDC will work to supply its customers in the region with the whiskey so that it can reach the shelves of retailers and on premises accounts such as restaurants and bars. Eastside will be providing Redneck Riviera Whiskey to customers in 750ml, 375ml and 50ml sizes.

Jarret Catalani, VP of Sales for Eastside Distilling, commented, “We are excited to have RNDC as one of our first distribution partners for Redneck Riviera. RNDC’s team is best in class and has a track record of executing with excellence. The early excitement that we have received back from the people at RNDC has been tremendously encouraging for the brand and rivals anything I’ve seen before in my 27 years in this industry.”

Marketing support for the region will include a multi-city tour by John Rich himself planned for the first half of 2018, with in store visits by John Rich, accompanied by radio, television and print spots highlighting Redneck Riviera Whiskey.

RNDC is one of the nation’s leading wholesale beverage alcohol distributors. As a preferred partner for spirits companies operating in the Southeast and Gulf States, RNDC helps create and maintain branded products in the marketplace. RNDC serves as a product liaison between suppliers and those who sell alcoholic beverages – defined by its impeccable customer service, unrivaled expertise in beverage education, and a broad product portfolio.

Eastside’s Redneck Riviera Whiskey is a small batch whiskey with vanilla honey smoothness and a subtle finish that consumers are sure to love. Redneck Riviera Whiskey was crafted by the famed distilling team of Travis Schoney and Mel Heim. Working over most of 2017 with John Rich and friends, the team painstakingly developed what Eastside and John Rich believe is a superb whiskey unlike any other 100% American whiskey on the market.

Grover Wickersham, CEO of Eastside, commented, “Ours is an extremely smooth and easy to drink whiskey that appeals to both men and women. It has a great taste and finish and goes toe to toe with the softer imported whiskeys from Canada and Europe, but it is 100% American, right down to the glass in the bottle. It wins converts from imported whiskey on flavor, and also when being local makes a difference. During 2018 we will be working hard with RNDC and John Rich to build a following.”

Redneck Riviera is a privately held lifestyle brand that celebrates America’s hard-working men and women. Built for people who live to turn up the music and have fun with friends and family, Redneck Riviera is America’s ‘Work Hard, Play Hard’ brand that offers something for everyone who likes to rock the red, white and blue all year long. Launched in 2014, the brand brings these values to life through footwear, apparel, hospitality, food, spirits and licensed products in a variety of categories. Redneck Riviera has expanded its reach with the opening of honky-tonk bar Redneck Riviera Las Vegas and a Nashville location opening in 2018.