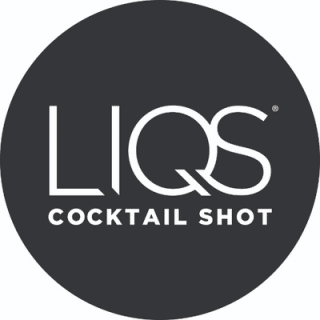 LIQS, which launched in late 2014 as early pioneers in the premium RTD category with creatively packaged multi-flavored shots, has had continuous growth and success in the U.S. since inception. The company added wine-based cocktail shots late last year for accounts that are unable to sell distilled spirits due to having only a beer & wine license. These new wine-based shots are a category exclusive product, which now gives over 150,000 convenience stores the ability to sell a shot product for the first time ever. This new expansion into Arizona, Illinois, Missouri, Ohio and Wisconsin comes at a time when LIQS has been experiencing unprecedented growth and consumer demand.

“It took us four years to reach one million shots sold, and we’ve been able to increase that by 100% in just one year,” said Harley Bauer, who co-founded the brand with Michael Glickman.

LIQS has been helping drive the thirst for RTD cocktails, particularly among millennial drinkers, emphasizing the use of premium spirits and all-natural juices and mixers with contemporary flavor profiles, including our popular Vodka Lychee & Grapefruit, Tequila Cinnamon & Orange, Whiskey Fireshot, and more. “We launched LIQS spirit-based shots five years ago and have experienced exponential growth,” says Michael Glickman. “We are seeing instant traction in these new markets as consumers are more open to RTD’s than ever before.” As part of this expansion, LIQS will now be available in 16 U.S. states, with international expansion to Japan coming this June.

LIQS is now offering a larger pack at the request of both retailers and consumers just in time for the busy summer season. Rather than the previous package of three premixed shots, the new sleeves offer four 50ml shots at a suggested retail price of $8.99. Recognizing the importance of authenticity and sustainability, LIQS plastic shot glasses are recyclable and reusable! The company manufactures its very sturdy and BPA-free shot glasses from #1 PET plastic, the most widely recycled plastic in the world. With a simple soapy wash, the shots can be reused, preventing them from ending up in landfills and oceans.

LIQS Cocktail Shots was created by NYC-based entrepreneurs Michael Glickman and Harley Bauer in 2014 to fill a need in the ready-to-drink market. Featuring all-natural ingredients, real juice and mixers, and premium spirits, their original flavors include Vodka Lychee Grapefruit, Vodka Lemon Drop, Vodka Kamikaze, Tequila Orange Cinnamon and Whiskey Fireshot. In 2018, the company added wine-based cocktails, to service the needs of accounts that only have a “beer and wine” license.  LIQS is the only brand globally to produce a premium, all-natural, premixed shot product.