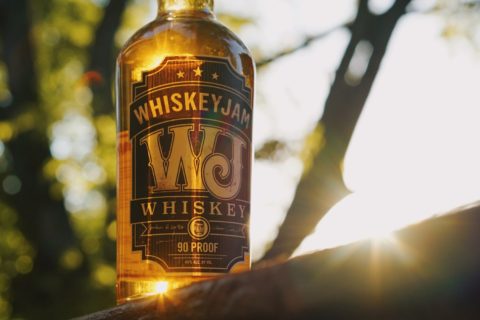 NEW YORK, N.Y. — Great whiskey, just like a great song, should always be handcrafted, memorable from the start, and is best shared with friends. That’s the idea behind Whiskey Jam Whiskey, created in partnership with Firefly Distillery and Ward Guenther, the creator of Nashville’s Music Row institution, Whiskey Jam, and accomplished singer-songwriter Patrick Davis. The whiskey is now available online for shipping nationwide, after previously only being available in Nashville, TN, and Charleston, SC.

Whiskey Jam is a celebrated weekly Nashville songwriter’s showcase now in its 10th year. It’s a time-tested source of great songs and artists, with a Monday and Thursday night line-up consisting of today’s superstars, yesterday’s legends, and a healthy dose of wide-eyed dreamers on the cusp of making their name on the country radio airwaves. Audiences are treated to one of the best shows in town; while there are many places in Nashville to have a drink and still many others to enjoy live music, there’s nowhere better to do both. Whiskey Jam Whiskey bottles that spirit of great music, good friends and a superbly crafted drink, now allowing anyone to experience it from the comfort of their home.

“Whiskey Jam has been a completely organic event from night one, much like our partnership with Firefly,” Guenther says. “It’s rare to find two businesses in separate industries that follow the same principles of facilitating the enjoyment of life and the people around you. Whiskey Jam Whiskey is the embodiment of this principle, and we love that we can now share it with the whole country, delivered right to your door.”

“I brought together two of my dear and talented friends from the two places I will always call home, my childhood home of South Carolina and my now 20-year-old home of Nashville, and since that day, the three of us have worked together to perfect what I believe is an absolutely world-class handcrafted small batch American Whiskey,” Davis says. “The Whiskey Jam in Nashville is as iconic a Music Row musical event as you are going to find, and when you pair that energy, spirit and reputation with the craftsmanship of the world-renowned Firefly Distillery, how can something magical not happen?”

Whiskey Jam Whiskey is a small batch American whiskey, handcrafted at the oldest working distillery in Charleston, SC. Guenther and Davis joined forces in 2018, along with the Firefly Distillery, to create a whiskey meant to be enjoyed not just once a week in Music City but every night anywhere. Solidifying its connection to its shared southern roots in both Tennessee and South Carolina, Whiskey Jam Whiskey will also be available beginning this fall at the University of South Carolina’s Williams-Brice Stadium.

In January 2011, Whiskey Jam started as a Monday night event in the burgeoning Midtown Nashville area. What began as an underground writer’s night quickly became a musical and social mainstay of the local music scene, becoming increasingly popular with artists, friends, and fans, all drawn in by their honest attachment to great songs and a great time. Past performers include Luke Combs, Maren Morris, Chris Stapleton and Kane Brown, among others.

Nestled among live oaks and Spanish moss, Firefly Distillery is Charleston’s oldest working distillery. Also started by two friends, Jim Irvin and Scott Newitt, Firefly is made up of a genuine mix of scientists, craftsmen, entrepreneurs, comedians, and cooks, who have captured lightning (bugs) in a jar, and just like to have a real good time. From their popular original Sweet Tea Vodka (the world’s first) to their maritime-influenced bourbon, Firefly has grown to include more than 25 spirits, including Whiskey Jam Whiskey.