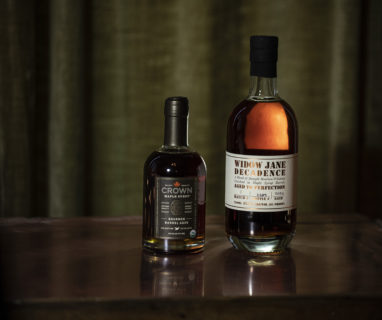 BROOKLYN, N.Y. — Widow Jane Distillery announced that Decadence, the brand’s signature 10-year bourbon blended in small batches and then finished in American Oak Barrels that held Upstate New York’s Crown Maple artisan maple syrup, will return to retail shelves and back bars across the US beginning in October.

The Brooklyn-based distillery, led by president and head distiller Lisa Wicker, introduced the first 550 case batch of Decadence in April 2020, along with the second batch, another 550 cases made available in October of that year, both selling out in a matter of days, suggesting that retailers anticipated the product’s popularity with consumers for winter warming cocktails like toddies and Old Fashioned riffs, and even served neat or on a rock.

Crown Maple makes its home in the Hudson Valley, a short drive from the legendary Rosendale Mines where Widow Jane harvests limestone-rich water to proof its whiskeys.

The synergy between Widow Jane and Crown Maple dates to 2014 when the distillery first provided whiskey for Crown’s bourbon barrel aged maple syrup.

“Finishing Decadence in barrels that previously contained Crown Maple Syrup serves to enhance the richness that bourbon lovers already associate with Widow Jane,” said Wicker. “When we introduced the product in April 2020, it was so well received by the serious whiskey drinker. It became obvious quickly that we needed to follow up with another release.”

Widow Jane is an award-winning artisanal distillery located in the New York City neighborhood of Red Hook, Brooklyn. The company is named in homage to one the legendary mines of Rosendale in Upstate New York, from which the brand sources its proofing water. Before becoming a natural reserve of extraordinary mineral water, the mines produced the natural cement used to construct some of the most iconic American landmarks, such as the Brooklyn Bridge and the Empire State Building, among others. The pure, limestone-filtered water from the mine, plus one of the country’s largest holdings of long-aged Bourbons, and a refusal to compromise the product with chill-filtration, are just three elements that make Widow Jane a stand-out whiskey company.

Crown Maple is Quite Possibly the Purest Maple Syrup on Earth® and sets a new standard of excellence for maple. Founded by Robb & Lydia Turner in 2010, Crown Maple has been carefully crafted from the ground up to become the preeminent maple syrup brand. By pairing the best nature has to offer ® with artisan craftsmanship and breakthrough proprietary production technology, Crown Maple creates an exceptional maple experience. Crown Maple products are estate-produced, certified-organic and provide a superior and distinctive taste and performance that elevates Crown Maple beyond a sweetener and into a defining ingredient.

The Crown Maple Estate is based in New York’s Hudson Valley at Madava Farms, the Turner family’s farm, and has quickly become New York’s largest maple syrup producer. With availability from coast-to-coast, Crown Maple is the syrup of choice served at top restaurants, resorts, and culinary institutions and is available for purchase at national grocery stores, natural retailers, specialty stores, and foodservice distributors. Crown Maple products can also be purchased online at crownmaple.com.