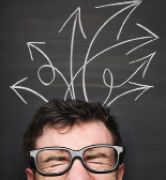 I can honestly say that ONE of the hardest parts of my job is coming up with an idea for my column. It’s been 18 years and counting, after all. I’ve written about innovation, distribution, shelf sets, financing, packaging and marketing. I’ve visited every retail channel to see what makes them tick. I’ve covered incredible personalities, dismal failures, my favorite “what were they thinking” concepts and formulations, the Yankees, Woodstock, and, most recently, the bane of Blackberries. I could go on and on. As my deadline nears, the subtle, then overt emails come from Jeff Klineman, our editor, that my submission is due. So where do I go for inspiration? I decided to take it to the streets.

Yesterday afternoon, I headed up to Times Square, the crossroads of the world, to see what people were drinking and why. Mind you, this was an unscientific study, but desperate times merit desperate measures. I spent four hours stopping well over 100 beverage consumers to see what mattered to them. Here are some of the thoughts and observations that stuck out.

First and foremost, they drink for the sheer joy of it. Beverages are an integral part of their lives, and they savor the experience. They identify with certain brands and are loyal to them. Their passion was palpable.

Tourists, especially foreigners, stick to the tried and true: as a rule, Coke, then Pepsi, to a lesser extent. They don’t profess to want to try the more exotic brands offered in every retail outlet in the area.

Americans drank a broader array of products, with teas, especially the large pre-priced ones (yes, AriZona), dominating the selection. I saw an interesting assortment of pretty esoteric brands in their grips. It was encouraging for the little guys.

Water was the main beverage of choice. I asked everyone if the issue of PET, recycling and the environment was a factor, and got an overwhelming no. Most thought the issues about water were ridiculous, and that of all beverage categories, they’re picking on the wrong one. They want their portability. On the other hand, I didn’t stop anyone drinking from a thermos, so there’s obviously a built-in bias.

Energy drinks prevailed in the 25 and under set, no surprise there.

Most drinkers, in any category, don’t believe functionality claims, but that doesn’t bother them, as long as it tastes good. They figure if it’s not bad for you, that’s okay. Marketers, you have a tall task to create believability.

Most of the people I polled were acutely aware of, and read Beverage Spectrum on a frequent basis. Naah, I just wanted to slip that in.

As the officer on horseback strode up to me to ask why I was stopping so many people, I decided it was time to close my research project. Survey complete. Column done.