O.N. E. Coconut Water dismissed both Steve Coston, the president of the O.N.E., and Steve Vasquez, the vice president of sales. O.N.E. founder Rodrigo Veloso said that the moves were part of a general restructuring at the company, though he declined to explain the exact reasons behind Coston and Vasquez’ seemingly abrupt exit.

“We respect them and wish them well, but I don’t want to comment on [their departure] right now,” said Rodrigo Veloso, the founder of O.N.E.

As a replacement, O.N.E. brought on Tim Prager, as executive vice president of sales and marketing. Prager, a Nestle Waters veteran, was working in a similar function at Sweet Leaf Tea – a company that, like O.N.E., received investment from Catterton as a prelude to a deal with a larger strategic acquirer.

Veloso did say that the company had been struggling to stay in the fast-moving coconut water mix: sales of O.N.E. products have lagged in the past year as compared to those of category leaders, Vita Coco and ZICO. Speaking with BevNET, Veloso blamed weak returns on supply chain and sourcing issues, but claims that O.N.E. has moved past such problems and the company is focused on fully moving into the Pepsi system beginning in 2012. Veloso also noted that O.N.E. would finally debut a long-awaited organic SKU in the first quarter of the year.

At Celsius Holdings, founder Steven Haley was removed from his position as CEO and replaced by Gerry David, a longtime executive at a number of consumer products companies.  While Haley will stay on with Celsius as a consultant, his exit – which, according to Haley, had been discussed as early as June – appears to have been prompted by Carl DeSantis, Celsius’ main shareholder.

Haley explained that DeSantis owns $4 million worth of Celsius debt and was owed the full amount in September 2012. Had DeSantis’ debt stayed on the books, any new capital or investment over the next year would end up going directly to him – a daunting notion for an already struggling company.

“It would have put a stranglehold on the company,” Haley said. “There were really no other answers. [DeSantis] wanted more of his team at Celsius where he could take control of the company and do things his way. His heart and his pocketbook are in the right place, and he’s showing it.”

In addition to replacing Haley as CEO, DeSantis agreed to push back the loan payment for two years and increased his ownership stake in the company from 42 percent to 52 percent.

Haley noted that his exit was “very amicable” and that he “wants the best for Celsius.”

David, who was also named president of Celsius, was most recently the executive vice president of sales and marketing of consumer products at Oragenics, a biopharmaceutical company. David specializes in start-ups as well as turnaround and fast growth projects and joins Celsius at a time when the company faces declining sales and is attempting belt-tightening on sales and marketing expenses. Through the first three quarters of 2011, revenue at Celsius dropped by nearly 17 percent as compared to the same timeframe in 2010, though net loss – $1.2 million vs. $14 million the year before – was significantly lower.

In Celsius’ most recent earnings report, David said that the company has “done an outstanding job of getting the Celsius brand placed on the shelves of thousands of retail outlets… the focus now is driving consumers into the stores” via social/digital media campaigns, direct response TV and sampling programs at health and fitness clubs. 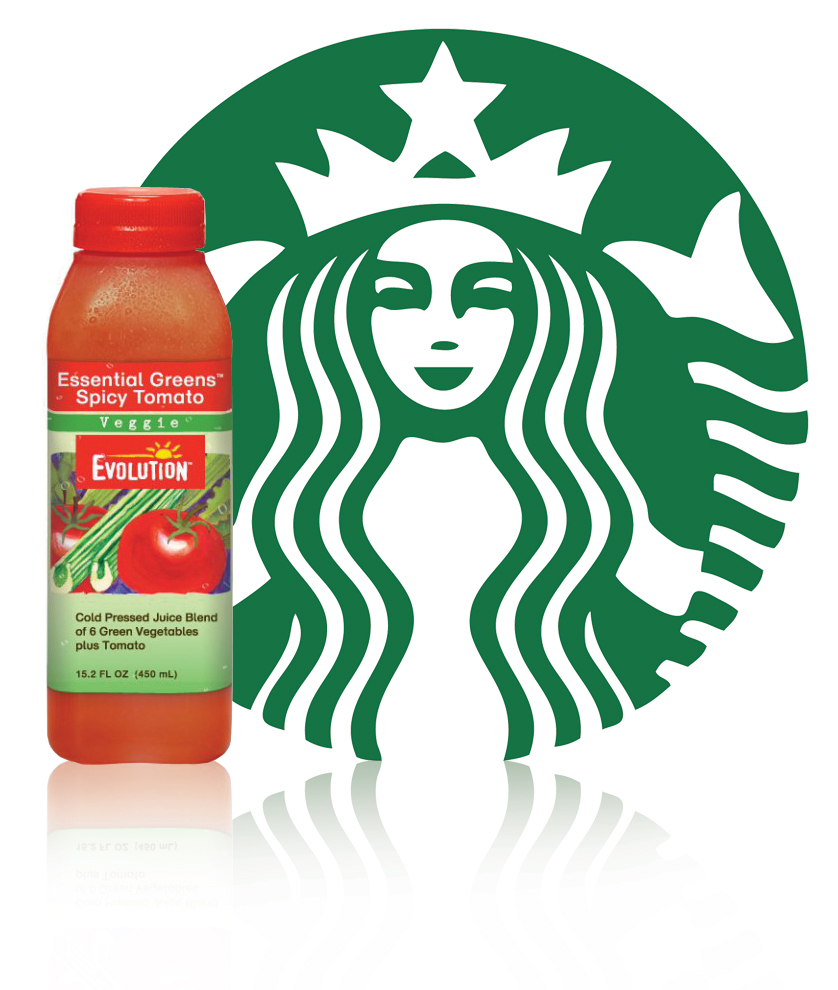 Starbucks Gets in the Buyout Game with Evolution Juice

Starbucks made big news in November, announcing the purchase of super-high-end Evolution Juice for $30 million, stating it planned to use it as the jumping off point for a bold move into what chairman Howard Schultz termed a “$50 billion health and wellness sector.”

“We’re not only buying a juice company but we’re using this acquisition… to position us to build a major health and wellness category in an exciting way,” Schultz told investors and media during a conference call announcing the deal. “Our logo change [earlier this year] was in anticipation of a new direction to leverage the iconic nature and trust of Starbucks to other products.”

The company also announced that it was making a key change in an earlier acquisition, Tazo Tea. Starbucks said it was moving Tazo from its original base in Portland, Ore. to Kent, Wash. as a way to seek production efficiencies. Starbucks spokesman Alan Hilowitz said that the transition will begin in April of next year and be completed by November.

While the Tazo consolidation was driven by scale, the Evolution purchase was due to innovation. According to Schultz, Evolution’s recent investment in manufacturing technology that enables juices to be pasteurized in the bottle under high pressure – but without the heat that can kill flavor and vitamins — was the prime motivation behind the acquisition.

The “HPP” process created a huge turnaround for Evolution, which had previously been hamstrung by its own commitment to freshness, as its lack of pasteurization had kept it restricted geographically to the West Coast. The company adopted HPP technology earlier this year, and it eventually created not just increased distribution, but apparently increased attention, as well.
“Evolution possesses a unique technological advantage – that’s the technology of HPP,” Schultz said. “This gives us a significant technological advantage over Naked, Odwalla, and the people who are selling fresh juice today.”

Schultz said that Starbucks plans to build off of Evolution’s strong distribution infrastructure on the West Coast and expand the Evolution brand into new channels and increase its grocery footprint nationally.