He’s a former executive at Hoyt Cinemas and Disney, among other places, but if you ask BevMo! CEO Alan Johnson where the big show is these days he’s happy to tell you that it’s in the beer aisles of his stores.

The company recently announced it was opening its 119thoutlet in City of Industry, California on Aug. 31. Along with a Goleta, Calif., store, it will be the first since a change in liquor wholesaling laws to the north, in Washington, allowed BevMo!—also called Beverages & More — to push into that state.

Brewbound.com recently spoke with Johnson after the opening of  its stores in Tacoma and Silverdale, Wash. about the way that the company – a massive warehouse-style store stocked to the gills with booze, wine, and beer – sees its role in the craft beer universe.

According to Johnson, the West Coast’s leadership in craft brewing combines with the chain’s footprint — mostly California, also Washington and Arizona – to make an emphasis on having local craft beer a necessity – and that in the stores “all the excitement is around craft beer,” where “you can never have enough local.”

“The innovation is kind of through the roof,” he said, in describing the reason he’s enthusiastic about craft beer. The native of Australia added that the company has been known to stock as many as 1,000 different beer types at its stores, but that it strives to balance that breadth via a hard push to make sure that local beer is featured.

Johnson, who joined BevMo! in 2009, said that despite the astronomical number of wine, beer, liquor, and mixer SKUs in each store – around 8,000, give or take, depending on store size — there’s a push on to try to turn every store into “your neighborhood specialty beverage retailer.”

That means that local buyers try to determine the key local craft companies to stock, just as they do wines that are popular in a given area. He cited the buyer at his new Tacoma store as an example:

“Our market merchandise manager lives in Walla Walla, works in Seattle, he has lived all of his life in the Pacific Northwest,” Johnson said. “Nobody will care more about what’s happening in a local neighborhood than local buyers. Look, Washington is the second-biggest state in the wine business in the U.S. Being closer to that ‘mother ship,’ the local wines, beers, will be specifically called out in the store, with specific signage.”

All BevMo! stores use the DSD system to get beer, but have beer specialists who run their departments and try to stock according to local needs. Those specialists are able to arrange tastings and approve new products, Johnson added, and put a priority on being as current with their lineups as possible. He encourages beverage entrepreneurs – both beer and non-alcohol makers – to pitch to their local BevMo buyer.

“There’s no such thing at BevMo! as one size fits all,” Johnson said. “We think local, we buy local, we live local and we hire local. 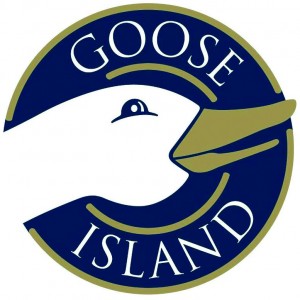 Goose Island is officially migrating all over the country. The Anheuser-Busch InBev-owned craft brewery will be available, on draught, in all 50 states by the end of November. It will be begin national sales of 6-packs and 12-packs at the start of 2013.

After news of the expansion broke, the company posted a note confirming the story to its Twitter account, along with a password-protected video.

July was a month of big changes for New York’s small brewers; first, Gov. Andrew Cuomo traveled to the Matt Brewery in Utica to sign a law that created a special tax designation for farmer/brewers in the state.

But the bigger news took place at the end of the legislative session, when Cuomo signed a law that allows the state’s smaller brewers to more easily terminate their distribution contracts.

Under the terms of the Small Brewers Bill, New York State brewers who produce fewer than 300,000 barrels annually – or a total of less than three percent of the distributor’s total annual brand sales – may terminate their contract without penalty provided they pay the distributor fair market value for terminating the contract.

“Gone are the days when a distributor can basically promise you the moon and deliver next to nothing,” said Scott Vaccaro, founder of Captain Lawrence Brewery in Elmsford, New York.

The bill designated an arbitration process for the settlement of disputed value amounts.

The NYBA released a statement applauding the bill, saying the “combination of laws give us the help we need to continue growing our business.”

The new law is in line with other provisions proposed by brewing associations across the country that would allow craft brewers to more easily move between wholesalers. It has been the fear of those manufacturers that they could suffer from a lack of service, particularly if their wholesalers face pressure from larger suppliers.

Wholesalers, for their part, remain concerned that they will build brands only to see them leave without receiving fair market value.