Craft brewers have had a great time in the past decade as the public’s excitement over their products has led to a massive increase in demand.

But with that growth has come the need for more capacity. For many early stage companies, that has meant adding additional fermentation tanks, purchasing larger brewhouses, even expanding into larger production facilities. For some larger players, however, capacity constraints aren’t the only issue. They’re also faced with building distribution in states that are on the other side of the continent, and that means they have begun to establish bi-coastal manufacturing facilities. And with that comes its own set of challenges, opportunities, and risks.

In the past year, no fewer than five craft brewers have announced plans to expand their capacity by building a second facility far from their home base. Two of them – Chico, Calif.-based Sierra Nevada and Fort Collins, Colo.-based New Belgium Brewing – have grown into the country’s second and third largest craft brewers, respectively. Their size and relatively broad distribution have led both companies to elect to expand in new facilities in the Asheville, N.C. area. 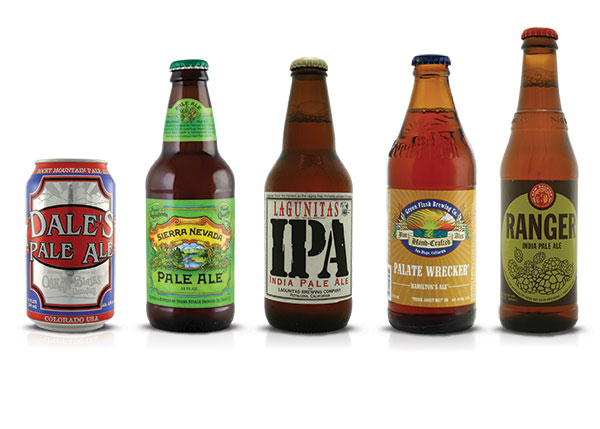 While both Sierra and New Belgium are on a pace that, assuming even modest year-over-year growth, could have them in the neighborhood of 1 million barrels apiece by 2015, the other three companies that have announced plans for separate production facilities are smaller by an order of magnitude: In April, the country’s ninth-largest craft brewer, Petaluma, Calif.-based Lagunitas Brewing, which produced 165,000 barrels last year, announced plans to build a manufacturing facility and brewhouse in Chicago. Oskar Blues Brewery, a top-30 craft brewer based in Longmont, Colo., is on pace to produce 90,000 barrels in 2012 and is planning to hit the East Coast in Brevard, N.C. Even San Diego–based Green Flash Brewing, which produced just under 24,000 barrels last year, caught many in the industry by surprise recently, announcing plans to invest $12 million into opening a second, East Coast brewing facility by 2015.

What the five brewers don’t share in size, they do share in the form of a single strategic concern: the conviction that building a new facility, however expensive, will ultimately achieve more savings than the ongoing costs of trucking their products a long distance.

“We started thinking about building a brewery that was the exact size as the one we have now,” said Dale Katechis, the founder of Oskar Blues. “Why don’t we do that on the east coast where we can pick up on the advantages of the shipping costs? For us, it means $2 million in savings over 18 months.”

Added Kim Jordan, the co-founder and CEO of New Belgium, which has increased its sales by more than 300,000 barrels in recent years, “We always told ourselves that at some point, when we need another brewery, it would be good in terms of shipping logistics and our environmental footprint, to build a second brewing facility along the eastern seaboard.”

A Question of Scale

Logistics aside, there are some differences between the companies that highlight the dilemma of growing before demand forces such a move. While Sierra Nevada and New Belgium are making the move, at least in part, because they are running out of space, at Green Flash the company is trying to build to meet potential demand, not actual. Right now, the company is on pace to reach just 65 percent of its current capacity by the end of 2013 – and the product isn’t on back order in any market.

Nevertheless, Green Flash founder and CEO Mike Hinkley explained why he isn’t letting the sizable financial investment limit what he sees as a potential growth opportunity. Hinkley’s vision is to produce smaller, 50-barrel batches of his brew on both coasts, which he says leaves the door open for continued innovation while at the same time allowing his company to deliver fresher beer, faster.

“We sell about 40 percent of our beer on the East Coast,” he said. “The idea of being able to deliver beer in two days in between Miami and Boston is very attractive to us.”

Attractive as it may seem, right now many industry observers will be watching Green Flash and letting it serve as a test case in bi-coastal manufacturing for smaller brewers. It’s a model that Jordan says her company toyed with in the past, even at one point considering a network of smaller breweries scattered across the U.S., before eventually deciding the model was too expensive and risky.

J.B. Shireman, vice president of First Beverage Group – who is also the former head of distribution strategy for New Belgium – said that while he wasn’t aware of any current breweries the size of Green Flash with bi-coastal locations, that doesn’t mean it can’t be done, especially if it cuts shipping costs enough.

“If you have aspirations to be a brand with a national footprint and you happen to be founded on one of the coasts, you are going to have the freight costs stacked against you,” he said.

And Hinkley’s brand definitely travels. Only 15 percent of production actually stays in the San Diego market, and the company currently distributes in 38 states. That’s even more than the 30 states that New Belgium is in, although the Fat Tire maker has been notoriously deliberate in expanding its distribution footprint over its 20-year history. Still, New Belgium does have 30 times the production of Green Flash, meaning that it has to target more channels.

“We are not as regional as most breweries,” Hinkley said. “We go to market in a specific way, and it’s not our goal to be in every gas station.”

A Gut Check on Culture

Certainly, Hinkley’s attitude toward growing the brand – and even New Belgium’s, with its right-state, right-time approach  – is similar to the quality-first ethos that has helped to fuel the craft boom in the first place. But that attitude toward growth also points to another potential challenge, which is that these companies’ cultures – the sense of place and attitude that has helped many of them create legitimate brand personalities – might be tough to export. After all, it’s not just a production facility, it’s an extension of the company.

“In its rawest form, it’s a gut check,” Katechis said. “The decision is not solely based on money even though it is a business decision.”

In the case of Oskar Blues, he said, the new location was as much about regional fit as it was financial.

“We chose Brevard because it is a place I am willing to travel to,” Katechis said. “It would have made more sense to put the brewery in Pennsylvania, but our decisions aren’t always made on what makes the most sense profitwise.”

Similarly, Lagunitas founder Tony Magee announced his own company’s considerable expansion – eventually he expects to be able to brew more than 1 million barrels between his first and second breweries – would take place in his hometown, Chicago.

But aside from any fondness Magee might have for his hometown, there are also highly practical concerns – much of the beer produced there will be ticketed for the East Coast, just like the beer made by Sierra, Oskar Blues, New Belgium and Green Flash. There’s risk, he said, but there’s also opportunity – something that those who remember the last craft beer boom, in the 1990s, should know might not always be there.

“You can’t be in the world without being of the world,” Magee said. “If the world was to change and craft beer suddenly wasn’t as sexy as it is today, my brewery has a long glide path. I am setting myself up for the unknowable stuff.”

Nevertheless, the question of whether it really will be the same brewery – or just another brewery owned by the same company – hangs heavy. Andy Thomas, the president of commercial operations for Craft Brew Alliance (CBA) said the biggest challenge a company faces when managing multiple brewery locations is continuity. CBA – whose brand portfolio includes Kona, Redhook and Widmer – operates four production breweries, in New Hampshire, Oregon, Washington, and Hawaii.

“We struggle with it,” he said. “A large domestic brewer can be in a lot of different places and have the resources to remain the same in those places. But a smaller brewer has to work much harder to make sure that the brewing culture and the company culture stay the same.”

That’s a risk, but it’s ultimately one that lies with the company owners, and as demand grows there are likely to be many more making the same decision. As to any doubters, Hinkley said, “I like to think that we conduct our business in a smart way. I’d like to think that this is the next step for us and we will prove that through our actions.”