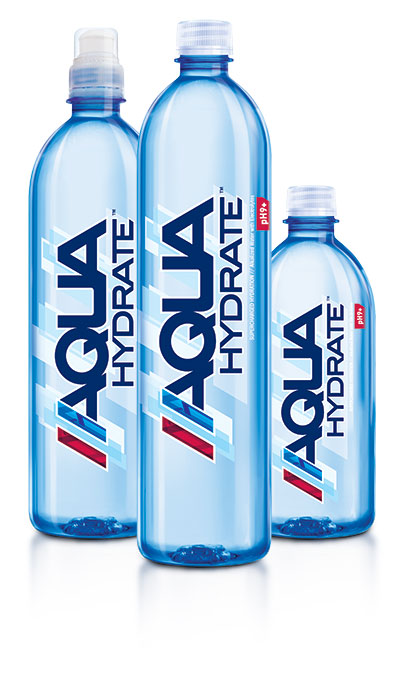 For many consumers, the word alkaline conjures up that old advertising campaign for Energizer batteries – remember the small mechanical bunny rabbit, batteries attached to its back, marching and pounding away at a bass drum? It kept going and going and going… It was the alkaline content in the batteries that Energizer attributed to the everlasting power of the toy rabbit, and today, some beverage marketers are claiming that alkaline-infused water will help humans keep going and going as well.

Also referred to as “high pH” waters, alkaline waters come under the umbrella of the “Alkaline Diet” movement, one based on the theory that consumption of foods and beverages that have a low acid content – meaning a higher pH level – can neutralize acid in the bloodstream, boost metabolism and help individuals absorb nutrients more effectively.

Alkaline waters are made by adding minerals such as silica, calcium, bicarbonate, magnesium and potassium to purified water, which has an average pH level of 7. The minerals ionize the water by increasing the presence of electrons, which raises its alkalinity and pH level to 8-10. While most alkaline waters are produced in this way, there are some natural sources of high alkaline water often derived from deep underground sources. Additionally, alkaline water is sometimes used interchangeably with the term electrolyzed water. The creation of electrolyzed water involves the addition of a small amount of dissolved sodium chloride to water and then exposing the liquid to low-voltage electric current, reducing its electro-negativity.

Over the past few years, the alkaline water category, which has its roots in home-based water filtration and pH –boosting systems, has taken a small, but significant, foothold among fitness enthusiasts and consumers within the natural channel, particularly in Southern California. The region is an epicenter for new and evolving health and wellness trends, and a key area for beverage incubation and the development of natural beverage categories. Just as it has been the launching pad for high pressure processed (HPP) juices, kombucha, and coconut water, alkaline water companies are leaning on the Los Angeles as a springboard for national expansion.

Yet the alkaline water segment faces a number of challenging issues, the most pressing of which appears to be consumer education. Despite an iPhone world of instantaneous knowledge, communicating the benefits of alkaline waters can be a clunky and confusing task, and manufacturers often rely on extensive narratives about the science behind alkaline waters, many of which have been denounced by doctors and other health experts as spineless and without merit. The concerns beg the question: are alkaline waters a legitimate contender or simply another trendy flash in the pan?

It remains to be seen, but for certain, the category is benefitting from a confluence of continuing health and wellness trends. Arthur Flores, the co-founder and president of L.A. Distributing Co., which specializes in New Age and entrepreneurial beverage brands, said that the emergence of alkaline waters comes as consumers are increasingly seeking greater benefits from bottled water in the form of functionality and flavor, while at the same time growing more sensitive about sugar and caloric content.

“People want [more] in their water now; they don’t want plain water,” Flores said. “The question is, how close can you get to water without it being just water?”

Indeed, it is a question that has plagued beverage marketers in recent years, and considering the clutter of new low-calorie and functional products, it’s easy for consumers to find themselves lost, or worse, disillusioned. Yet in the midst of a deluge of information about new natural trends and products, Flores said that most alkaline waters are quietly benefitting from word of mouth marketing and positive coverage of the category in health and fitness magazines.  He noted that the consumers of the drinks are often individuals who are more conscious and knowledgeable about healthier lifestyles and that alkaline water companies are cultivating that demographic as their initial base of influencers.

However, Flores noted that regardless of consumer education, alkaline waters are becoming more competitive among premium water brands from a price standpoint.  The perceived sophistication of consuming a trendy water brand, while at a relatively affordable cost, is a powerful draw, Flores said. Alkaline brands are often $0.50-$1 less than their premium water counterparts, and Flores believes that the category will place even greater pressure on brands like Fiji and Evian, both of which have suffered from sluggish sales in recent years.

One of the brands hoping to gain from a shift in premium water sales is AQUAhydrate, which recent underwent an extensive rebranding initiative. In preparation for the changing landscape, the company has refocused its attention away from a narrow set of elite athletes to “a broader swath of active, health-conscious consumers.” Now boasting a range of clinical trials that showcase not only the water’s high alkalinity, but also its electrolyte and mineral content, AQUAhydrate has adopted the tagline of “Hydrate, Balance, Perform” and plans to utilize its cadre of well-known investors, including Mark Wahlberg, Sean “P. Diddy” Combs, and grocery magnate Ron Burkle to promote the product and its benefits.

With a new management team led by former Pabst Blue Ribbon and Fiji Water chief John Cochran, AQUAhydrate’s relaunch is beginning at the local level through smaller retailers and a heavy dose of field marketing. While Cochran told BevNET that AQUAhydrate was not ready for nationwide distribution or “monster retailers,” he said that the brand is currently distributed throughout major regions of influence including Southern California and New York, and plans to have most of the Midwest covered in the coming weeks. Cochran also stated that AQUAhydrate would attempt to penetrate markets in Florida and Texas over the next few months, possibly around the same time the company launches a new line extension of lightly sweetened, flavored waters.

Similar to the package of benefits promoted by AQUAhydrate, NEO Water offers a trifecta of electrolytes, minerals and alkalinity, but focuses most of its branding efforts on its alkalinity and 9.5 pH level, which, along with Essentia Water and Alkazone (both claiming a 9.5 pH level), is one of the highest in the category. Unlike competitors, however, NEO guarantees its pH level as stable for two years, a unique point of differentiation that NEO founder and CEO Ben Behrouzi said is a clear and fundamental benefit for his company’s consumer base.

“There’s a lot of alkaline companies out there that claim to have high pH’s, but the level is not stable, meaning that they’ll bottle at a 9.5 pH, but it won’t be 9.5 pH after 30 days.” Behrouzi said. “Ours is guaranteed two years 9.5 pH. A lot of the consumers that are buying alkaline water are folks that are at the core of this education and understanding.”

Despite claims to promote healthy living and lifestyles, there is an undercurrent of discontent among some in beverage industry who counter that because the alkaline content in most pH waters is infused – as opposed to a natural component of the water – the category has created a culture of inaccuracy and falsehood that will eventually lead to its downfall. 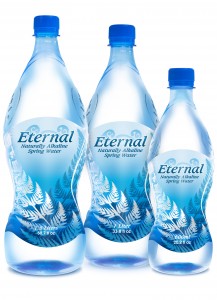 Karim Mashouf is one of the individuals sounding the horn for reform and greater transparency. Mashouf is the founder and CEO of Eternal Beverages, a Northern California-based company that markets a line of naturally high alkaline spring waters derived from sources in New Zealand and the U.S. Mashouf cautions that as consumers become aware that that the majority of products in the segment are artificially infused with alkaline, consumers will begin to shun the category.

“We’ll find out that the majority of the category is a gimmick,” Mashouf said. “There is a major difference between people that are manufacturing [alkaline water] and a natural alkaline source. For instance, watermelon is naturally alkaline; it has a high pH. It’s very different than pumping a bunch of food grade minerals and salts into filtered tap water.”

Concerned about the appearance of what he calls the “pH Wars,” Mashouf has attempted to disassociate Eternal from the alkaline water category. Moreover, Mashouf believes that because the pH level in food and beverages is inherently variable, alkaline water companies should be wary of including any pH number as part of their labeling – especially since that could raise the ire of government regulators.

“We happen to be naturally alkaline, that is something we promote to our consumers, but this is not an ‘alkaline water.’” Mashouf said. It’s a premium artisanal water. I’m not going to put us in an alkaline category and get into the pH wars, where ‘my pH is bigger than your pH,’ because that’s not a war anybody’s going to win. There will always be someone that can manufacture a higher pH. [Companies] are putting out numbers and getting into a marketing scheme… promising a pH level on a label and on the front of a bottle.  I don’t put a number on my bottle, because you cannot physically control the outcome of pH. It’s virtually impossible. And I don’t think the FDA is put up with this much longer.”

Danny Stepper, the co-founder of brand incubator L.A. Libations, shares a similar opinion. Stepper, whose company represents Evian on the West Coast, wondered about the long-term viability of a health and wellness-focused category filled with what he called “unnatural” waters.

“I do think it’s ironic that with the all the other trends of natural going on, there are these more unnatural waters where people are injecting things like electrolytes and other things into them,” Stepper said. “Eventually the consumer will probably figure that out, but right now they haven’t.”