Mike Kirban, BevNET’s 2011 Person of the Year came from a category that has swept most of the top awards in recent years, Coconut Water, and from a company whose rapid growth has made it the largest of the three main companies that pioneered that product.

In 2011 Kirban thought big, ramped up the company’s marketing approach to a national program while transitioning distribution in several major markets from independents to the Dr Pepper Snapple system. He also managed to play it fairly safe: while the company obviously spent money on marketing initiatives and distribution buyouts, it did so with an eye toward keeping the brand moving steadily toward becoming a national brand.

With a low key, no-drama approach, Kirban has changed the type of business he has run from one that chases accounts up and down the street to one that chases high-profile new hires and national billboard contracts. That development of a long range outlook was on display during BevNET Live, where Kirban followed the acceptance of his award with an interview with BevNET founder John Craven, which is posted below.

“2011 was total insanity,” Kirban said. “It was a great year. We saw over 100 percent growth and for the seventh consecutive year – it was amazing, coming from a pretty substantial base which was in 2010.”

Certainly, 2011 was not all roses for Vita Coco – the company’s pickup of Yankee slugger Alex Rodriguez as a Manhattan-based spokesman brought with it a slight PR blowback, as A-Rod had previously invested in rival Zico. Rather than get upset, however, Kirban simply moved forward with the understanding that the slugger is much more of a known quantity than any insider-y intrigue. Indeed, what is more impressive is the way Kirban turned supply problems that beset the company in 2010 into a steady supply of product in 2011, turning what could have been a major disruption into a hiccup.

“We had some pretty big highs and some interesting lows throughout the year,” Kirban said. “We started the year with some inventory issues early on left over from 2010, and as supply started to really ramp up we focused on our core markets and launched an ad campaign. We decided to go big. We decided to go big in our core markets to really separate from what was becoming a crowded category.”

Watch  the full interview in the following video to hear Kirban discuss more on Vita Coco’s big year, and get his take on the category with regard to supply chain issues, standardized labeling for coconut water brands, and what he called the “future bastardization of pure coconut water.” 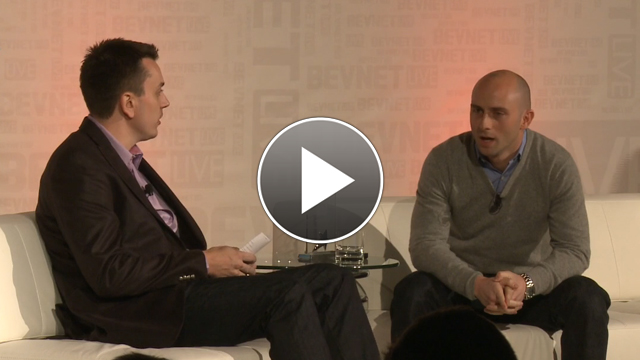