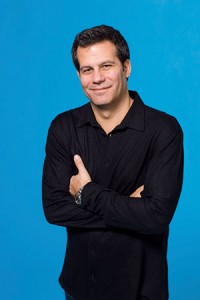 In his book The Rise of the Creative Class, Richard Florida, an author and public intellectual (remember when there were so many public intellectuals! Milton Friedman, Christopher Hitchens and Dr. Spock? There are only like six of them left now, and, Cornel West and Tom Friedman are three of them) wrote about the function that cities have had in the rapid growth of an economy based on creativity.

One of the arguments that Florida makes is that the notion of creativity does not just involve a musical tribute to organized labor or a dude with a Tumblr blog in the style of Picasso. It’s one that has strong ramifications on business and the entrepreneurial class. Inspired, intellectually active communities are often the ones that generate inspired ideas for business (think: San Francisco) – although, he added in a recent column in The Atlantic, cities that are closely tied to the financial industry aren’t necessarily the ones that are best able to support thriving arts economies (think: Hong Kong).

So how does that relate to the beverage business? Not necessarily directly – after all, much of the beverage industry is outsourced to factories that manufacture either centrally or regionally and then redistribute their production to wider areas. But on an entrepreneurial level there is an interesting relationship. In communities like Brooklyn, N.Y., and Santa Monica, Calif. (and closer to home, in Somerville, Mass. and Burlington, Vt.), there are thriving colonies of entrepreneurial food and beverage producers, some of whom have created viable businesses that eventually emerged from smaller channels to become crossover hits. Even those companies with larger scale facilities are often keeping the creative side at home, working on branding and sales strategy centrally, proximate to their creative ‘hood.

But those aren’t the only areas for success, particularly when it comes to consumer products. We find that there are plenty of products coming from strongly agricultural areas like dairies and farms. Old beverage hand Greg Steltenpohl recently started up a brand new juice project for Califia Farms in California’s Central Valley, while I also was the proud recipient of a “Farm to Bottle” alcoholic’s starter kit from Bone Spirits, which is a small producer in Smithville, Texas.

So it would seem that proximity to sourcing is also a way of stimulating creativity for food and beverage entrepreneurs. Certainly there are many cases of restaurateurs growing up “on the farm” and deciding to take their backgrounds in a new, but related direction.

The reason I was thinking about this is that my last trip to Natural Products Expo East in Baltimore showed the gathering to function as a kind of magnet for creative food and beverage enterprises in the mid-Atlantic region. Not only were the established companies there, but also a lot of just-getting started entrepreneurs who weren’t buying tables but were walking the floor, networking, showing exciting ideas that weren’t yet ready to move beyond a small, local circle. When we hold a BevNET Live in New York or Santa Monica, we see a similar local weighting – yes, people come to an event near them because it’s more logical than spending an arm and a leg on travel, but there’s also something about having an opportunity that’s local that can lay bare a thriving group.

I recently spoke with Doug Rauch, the former President of Trader Joe’s, who told me that when he was bringing that company to the East Coast, he looked for neighborhood locations not by income, but by educational level, as the places to site new stores. There is a thriving demand in areas where better-educated consumers live to try new products and different flavors, Rauch told me, and with Trader Joe’s’ focus on new, trendy, and global flavors, when he found those high grade point average locations, the stores succeeded. And we are all familiar with the local foraging programs at forward thinking retailers like Whole Foods, as well.

The point isn’t so much that one should look at specific neighborhoods or agricultural communities to determine where to find the next big hit. The point is that where there’s one, there’s usually more than one. Communities are like that.