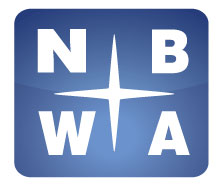 Forget about walking a straight line after four hours at a beer industry event. With acronyms like GABF, NBWA and BMI, just keeping the names of the numerous Fall events straight should be applauded.

In the past month, Brewbound.com travelled to Denver, San Diego and New York City for the Great American Beer Festival, the National Beer Wholesalers Association conference and the Beer Marketer’s INSIGHTS seminar – in effort to keep a finger on the pulse of the craft beer industry.

CRAFT IS GETTING BIG – MAYBE TOO BIG

At each event, mumblings of a craft shakeout – much like the one that occurred in the late 1990’s – could be overheard. Many veteran craft brewers expressed some trepidation at the sheer number of startups. In the halls of the Denver Convention center during the 2012 GABF, 578 breweries poured over 2,700 different styles of beers to 50,000 glassy-eyed consumers.

Take a quick peek at the most recent Brewers Association (BA) numbers and it’s easy to see why some brewers have concerns. BA director Paul Gatza said that 376 new breweries have sprouted up in the last 12 months, bringing the nation’s total to 2,263. What’s more, there are 1,381 in planning. That number has the industry buzzing – but it also has many asking themselves “When will the bubble burst?”

Lagunitas Founder Tony Magee – who gave a rousing talk of his own at the November 12th BMI Seminar – said the question isn’t “if” but “when” the shakeout will occur.

“Something will happen, someday,” he said. “It’s like a forest fire; no one knows when it will start or where it will start, but everyone can be pretty sure there will be one.”

Much of the concern over a looming shakeout stems from what Beer Marketer’s INSIGHTS president Benj Steinman calls ‘SKUmageddon.’ He thinks that while the craft beer boom has contributed to a bounty of unique style innovations, some distributors and retailers will eventually begin to push back.

“There is just too much, coming too fast, for everyone to win,” he said. “There is just not enough space to withstand it all and it is going to be difficult for wholesalers and retailers to prioritize. Shelf space is finite.”

Something else that is finite? The space on a distributor’s truck – which is becoming more valuable as wholesalers consolidate. According to the Beer Institute, there were 168 fewer wholesalers in 2011 than in 2001.

That’s a concern for small brewers, who are already struggling to find routes to market.

“It is more important than ever to professionalize the front end of your brewery,” said Magee. “Distributors are totally motivated to work craft, now, but they have limited bandwidth and they will work best with those who are most prepared for game day.”

And game day is something that distributors will tell you many craft brewers simply aren’t ready for.

“They spend a lot of time tweaking and working on recipes, but how much time do they spend preparing to introduce a go-to market strategy with a distributor,” said Steve Zulanas, the vice president of sales & marketing for Allied Beverages.

Nevertheless, Magee contends that wholesalers are more motivated than ever to sell craft — and they’re proving it with some serious investment in their own businesses. At least three large craft beer distributors said that in addition to investing in more personnel, increasing warehouse space and streamlining trucking efficiencies, they are also actively changing the ways in which craft reaches the retailer’s shelf. Those retailers claimed that adopting new go-to-market strategies are helping them balance an increasing number of stock-keeping units (SKUs).

In other words, distributors are betting on the future success of craft, and they’re not alone.

A host of new, non-traditional retailers are beginning to pay greater attention to craft as well.

Included on that growing list of new outlets adding craft to the mix are airlines, cruise ships, national restaurant chains and perhaps craft’s most promising new frontier – convenience stores. Many craft brewers at the GABF said they’re excited about the possibilities in those emerging channels.

“We get interest from places we never thought to look every day,” said Ted Whitney, Avery Brewing’s national sales director, citing large national restaurant chains, like T.G.I. Friday’s, that approached him about carrying the Avery brand.

But it’s craft’s emergence in the convenience channel that has many brewers excited about future sales. According to the National Association of Convenience Stores (NACS), sales of craft beer rose by 13.9 percent in C-Stores last year, and many believe that number will grow in 2013.

“Convenience stores are huge, that is where a huge portion of our beer is purchased actually,” said Rob Widmer, Widmer Brothers Brewing co-founder. “We are always looking for a place, maybe non-traditionally that would be an opportunity for somebody to buy a beer.”

As part of the nationally distributed Craft Brew Alliance portfolio, Widmer is one of the few craft brands that have been able to make an early leap into the convenience channel – but more brewers are aiming for that channel, and more C-Stores are aware of the potential that craft holds for them.

Widmer is certainly optimistic and so is the Brewers Association. The non-profit trade organization that represents the interests of craft brewers said it hopes craft beer will make up 10 percent of the all-beer volume in the U.S. by 2017. Craft currently boasts 6 percent market share but in the last four years has added nearly 5 million new barrels.