Beverage marketers discovered the produce section more than a decade ago, and produce buyers went along with them, knowing that the margins those products offered made the space investment worthwhile.

The prices it could command, the prominent positioning, the lack of slotting and the familiarity with fast-expiring products made the section a natural for the fresh squeezed, lightly processed, high-turnover juices that emerged in the late 1990s.

The growth of fresh juices in the produce department coincided with increased consumer emphasis on produce overall, a trend influenced by larger moves toward healthier eating and organic and natural production. In other words, produce was fertile ground for juice, and the brands that grew there thrived to the point where they were sold (to Coke, Pepsi, or, in the latest move, Bolthouse Farms, to Campbell’s) or highly valued for their investment potential.

But that same conditions that put juices into the produce section and helped grow brands like Naked, Odwalla, Sambazon, Pom and Bolthouse has helped give rise to a new generation of competitors from both ends of the spectrum. Fresher products are on the market, and so are shelf-stable products that nevertheless are merchandised in produce because of what that section has come to represent.

“It used to be that you had to be juice, and you had to be fresh,” said Greg Fleishman, the chief marketing officer at ‘Amazon Superfoods’ company Sambazon, which is best known for introducing many Americans to the acai berry. “But right now, everybody is using produce as an opportunity to launch innovation.”

That’s not to say that freshness isn’t a key to success in the produce area: in fact, it remains the core attribute, according to Mathis Martines, the grocery marketing coordinator for The Fresh Market.

“Fresh is still king,” Martines said. “But you’re starting to see other players get in there and things get adulterated. It isn’t the same as it was five years ago.”

For one, the brands known for freshness are being out-freshed, in some cases, with High Pressure Pasteurization brands like Evolution Fresh and Blueprint making their way into the same space where Naked and Odwalla once set the standard.

Those brands, while still high-end, have lost some of their entrepreneurial luster, Martines said. Their reputation for freshness has in some ways been compromised by increased shelf lives that are the result of heat pasteurization; while that pasteurization creates more affordable products for consumers, it also costs the brands their edge, an edge that has been filled by nimbler entrepreneurial companies who are quicker to market with a hot ingredient.

“At Odwalla,” Martines said, “They used to always seem to be coming out with something new – but that’s slacked off.”

Meanwhile, the secret is out about the advantages of produce, and innovators of all stripes are eager to take advantage. The set has become the new launch point for brands with increasingly popular ingredients like chia seed, kombucha, tart cherry, and coconut water, among others. That innovation is often juice-related, certainly, but not necessarily in keeping with what launched the category. Many can survive on-shelf or in the cold box. 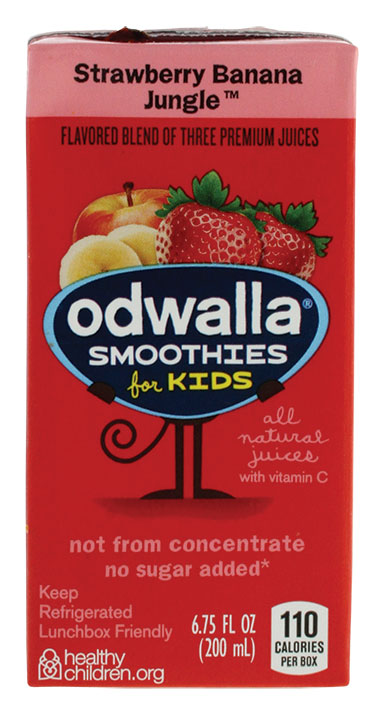 And for some of those products, launching in produce might even be short-sighted.

Cascadia Managing Brands consultant Bill Sipper has extensive juice category experience, says that companies should be careful about the produce section: while it offers advantages like a lack of slotting fees and an abundance of customers who “shop the perimeters” of stores for perishable items like dairy, produce, and meats, they also can set a pricing precedent that a brand doesn’t necessarily want to hold to.

“By putting it in produce, you’re alluding to the idea that you’re less shelf-stable, more pure, tastier,” he said. “But then you see it stacked warm, it undermines it – it eats up the premium status – it’s kind of like false advertising in a way.”

At times, brands will try to combat this idea by providing two merchandising locations simultaneously, making the argument that consumers are looking for high quality in all parts of the store.

Martines says he understands the reasoning behind having shelf-stable products in the produce section, particularly with the perimeter of the store being so highly trafficked.

“It depends on what is being cross-merchandised,” he said. “If it’s a brand that has a reputation for benefit or quality, then both places benefit. You’re still putting quality there for the customer even if they’re the ones who aren’t shopping shelf stable.”

Fleishman says he understands why something like a tart cherry juice or a chia drink might end up on crushed ice next to the spinach – or the “Green Machine” in produce – but, he adds, there need to be guidelines.

“We believe that the category should have a guard rail,” he said. “The stuff that’s in there should be the healthiest liquid in the category, the most efficacious, the freshest and most innovative.”

As for whether he’s concerned about a product like Sambazon getting squeezed out, he replied that the entire category could fall apart if it forgets the way it grew.

“It hasn’t necessarily gotten more heated for us – for most of the channels we work in, they see us as a partner on delivering super-healthy, sustainable products,” he said. “I think they probably think of us as a credibility edge for the category.”